For the first time, Modern Orthodox students who are seeking a life-changing educational experience within a religiously pluralistic and inspiring setting in Jerusalem, have a place to call home. And, it’s free!

The renowned Naale educational program is launching a new initiative at Jerusalem’s unique Dror High School. Many teens will find Dror a “game-changer” as a co-ed Modern Orthodox High School. Both boys and girls learn Talmud, take part in prayer services, and their ‘Social Beit Midrash’ is a space for students to collaborate on social activist projects and meaningfully contribute to the surrounding community.

The school is situated in Jerusalem’s Kiryat Moshe neighborhood, and Naale students at Dror reside at the Ein Carmit Boarding School in the picturesque Ein Karem village, located just outside the city.

“Religious co-ed boarding schools are very rare in Israel, this is why we came up with the idea or Dror-Ein Carmit. Pluralistic studies, and gender equality… This is not a standard yeshiva or Ulpana setting. Dror evinces an an open view on Judaism and religiousness, which makes it a perfect match for traditional and Modern Orthodox families,” said Chaim Meyers, Director of the Western World Region for Naale Elite Academy.

“More importantly, this is a free program for qualifying students. There is no need for parents to pay $30,000 a year for private Jewish education. And, it’s in Israel. The students get to know their heritage and explore Israel through trips that are part of the program. There’s nothing else like this anywhere.”

With tuition abroad skyrocketing, a free high school – including room and board – that is also designed to help acclimate and integrate teens to Israeli society and culture, makes it ideal for teens whose families are considering living in Israel and making Aliyah in the near future.

Roni Hazon-Weiss, the principal of Dror High School is excited about the new Naale program at her school, because she knows that North American high school students are actively seeking something different in Israel.

“What we offer to students can’t be found in North America. One of the key elements in the school is its religious pluralistic environment,” revealed Ms. Hazon-Weiss. “It’s not just learning the religious texts in a co-ed setting. We explore religion inside and outside the classroom by going to museums, participating in social activism, spending Shabbatot with different types of religious families in metro Jerusalem. Within our ‘Social Beit Medrash’ the students meet members of the Knesset, social activists, religious figures, all within a religious Zionistic environment.”

Ms. Hazon-Weiss also stressed that Dror students learn within advanced Israeli educational environment, where “the teacher and her blackboard” are no longer in play.

“Today, we use all of the technological tools at our disposal including tablets and computers. The students learn how to learn in today’s classroom. They are taught how to explore and investigate. Of course, there is an Ulpan to integrate them into speaking Hebrew but most of the courses are taught in English within the context of the Israeli curriculum. We also prepare them for post high school options, including joining the army.”

Jonathan Rosner, a Canadian expatriate who, lives in Maale Adumim, sent his son to Dror because he discovered a unique environment. “The Rav of the school has a very positive and proactive attitude towards modern halachic issues,” Rosner explained. “For example, the school believes that it’s better for boys and girls to be in a co-ed school and learn how to relate to each other now, while in a religious framework, rather than waiting until they are thrown together in the army.”

One of the additional aspects that Naale provides students with is the structure and support from their network of teachers, counselors, educational professionals, communal Shabbatot and being matched with a ‘host family’ where they can spend Shabbat, holidays or just go for a visit.

Ms. Hazon-Weiss maintained that Dror also plays a vital role in bridging the Israel-Diaspora Jewry cultural and religious gap, which during the past year has considerably widened. She said, “The relationship between Israel and Diaspora Jewry is so important and Dror is vital to that relationship because it offers a Zionistic and open-minded religious environment. For me, this represents one of Dror’s greatest challenges and one of its greatest assets.” 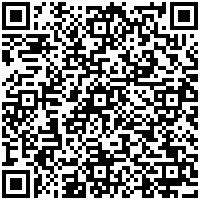