Israel. A country filled with creative minds, bursting with initiative, and teeming with innovation. And it’s not just in the world of start-ups that this picture rings true. One of the areas in which Israel is a true leader and initiator is in the field of emergency, trauma and mass-casualty preparedness.

“Unfortunately, in Israel, we have a lot of experience in the field of urgent care medicine”, explains Dr Moshe Michaelson, Medical Head of Rambam Health Care Campus’s Teaching Center for Trauma, Emergency and Mass Casualty Situations. “Our specific experience with war and terror has led us to possess extensive knowledge in trauma care and a highly developed system in preparation for, and in response to, mass-casualty incidents. A number of years ago we decided that we should share this knowledge with others”.


Thus, in 1999, financed by the Ministry of Foreign Affairs and in collaboration with other hospitals across the country, Rambam Health Care Campus ran a one-month course for medical professionals from South America. “Doctors and nurses from a range of South American countries flew to Israel and we taught them how best to organize a trauma center and be prepared for a mass-casualty event”, continues Michaelson. “The idea is really very simple. It’s all about having a plan in place so that if a mass-casualty situation suddenly arises, staff are fully prepared and the hospital can cope in terms of having enough resources, space and medical staff. This plan then has to be drilled into all staff members so that they can respond immediately in the event that they are faced with a mass-casualty situation. We taught the group how they could implement a plan like this using very little money and making use of the resources their hospital already has”.

The success of this course led to the establishment of the Teaching Center for Trauma, Emergency and Mass Casualty Situations, which is the only one of its kind in Israel. Each year, twenty-five select doctors and nurses from countries as far-flung as Thailand, India, Ecuador, Mozambique, China and Costa Rica, fly to Israel to attend this course, and to date, over 600 medical professionals have received training at the Rambam Campus in Haifa, and countless others have been trained by the Center in their own home countries.

“Obviously it takes time for each hospital to put the practices we teach them into place and it can be challenging for some staff members who have attended the course to start making these changes, especially in big hospitals”, continues Michaleson. “But we truly believe in its importance. Every country has problems with trauma and mass casualties, whether it’s with car accidents, industrial accidents, military casualties or terrorist attacks—no place is immune. Over the years, and especially since the 2000 Intifada, Israeli hospitals have been fine-tuning their response to these situations, and according to Israeli law, each hospital in the country must have a suitable system in place. In my opinion, Israel is the country best prepared for situations of mass-casualty events in the world, and we are pleased to be able to share our experience with others”.

During the recent Pillar of Defence Operation in the South of Israel, one such an emergency response plan was put into place at Soroka Hospital in Beer Sheva.

Soroka Medical Center is the only tertiary hospital with Level I trauma facilities in Israel’s southern region. As such, it provides medical services and backup in emergency and war situations to other hospitals in the south. The mission of the Soroka Emergency & Contingency Team is to prepare Soroka for mass-casualty events and war situations.

“The way our hospital staff worked during the Pillar of Defence Operation was incredible to witness”, comments Nurit Vaknin, Coordinator of the Emergency & Contingency Team. “Everyone knew exactly what to do and how to do it. Within an hour of the operation being declared, the Home Front Command of the Israel Defence Forces sent us 80 soldiers to help with moving patients to protected areas, transferring medical equipment to where it was needed, and generally help with anything that needed to be done”.

“One of the main challenges that a hospital like ours faces during wartime is how to provide the best possible care to civilian and military casualties at the same time as attending to the regular needs of the general population”, Vaknin goes on to explain. “And thank God we’re doing something right, because when 300 casualties of the rocket attacks entered the hospital, the management of everything — from patient care to hospital resources — all went extremely smoothly”.

Dealing with the threat of rocket attacks in not a new concept in Israel. But what is new is the threat of hospitals themselves being directly hit. “Since January 2009, Soroka itself has repeatedly been targeted by Grad missiles, Katyushas, and other rockets coming from the Gaza Strip, 43 kilometres west of Beer-Sheva”, continues Vaknin. “This means that not only do we have to be prepared for many incoming casualties but we also have to protect the hospital and our patients”.

Soroka’s operating rooms, intensive care units and several other areas have therefore been specially designed so that they are protected from rocket attacks. Other wards that aren’t protected are speedily evacuated at times of high alert. In addition, following the 2009 threats, efforts were stepped up to increase the signage in the hospital so that everyone would know where to go in case of incoming rocket attacks, and in planning new infrastructures, the hospital’s management took into account the need for protected areas.

Protected areas are not just essential in the south of Israel, but up north too. The Sammy Ofer Fortified Underground Emergency Hospital on the Rambam Campus in Haifa takes this concept to a whole new level, being the largest structure of its kind in the world.

“The initiative for a fortified hospital came about following the Second Lebanon War six years ago”, explains Professor Rafi Beyar, Director and CEO of Rambam Health Care Campus. “The hospital itself was under missile attack, and although no one was hurt, we realized that we couldn’t rely on miracles anymore”.

The structure that has been built is an underground three-story, 60,000 square meter facility, which during peacetime will function as a 1,500-vehicle parking lot. The structure is fully fortified against conventional, chemical and biological warfare, which means that not only does it have cement walls and ceilings 40cm thick, but tens of thousands of ventilation and air filtration units have been installed, equipped with carbon and HEPA filters that are 98% effective in filtering out biological and chemical agents.

If war is suddenly declared, the parking lot will immediately transform, within a maximum of 72 hours, into a fully sealed off, self-sufficient emergency hospital, able to store enough breathable oxygen, drinking water, and medical-gas supplies for up to three days. The process for this transformation has been methodically planned—logistically and medically—by a team of expert consultants, so that each and every detail is accounted for.

“As the main referral hospital for over two million people in the North of Israel, we are determined to have the capabilities of providing acute and chronic hospital care under fire to all those who need it”, states Beyar.

Whether a war, terror attack, traffic accident or any other type of mass-casualty event, one of the main problems a hospital has to grapple with is priority management. Due to the fact that a mass-casualty situation can happen at a moment’s notice, hospitals will suddenly have more needs to take care of than resources available. Hospital staff therefore have to be able to think on their feet, quickly access the necessary resources and prioritize patients according to need and severity.

The Israel National Center for Trauma and Emergency Medicine Research (NTDR) was established in 2001. The goal of the NTDR is to reduce illness and mortality due to injury by centralizing the data of almost every single casualty in Israel. The data is analysed for routine quality control of the trauma-care system as well as systematic analyses for research purposes. One of the goals of the research and the conclusions drawn from it is to help hospitals understand how to make decisions and prioritize when they are faced trauma and mass-casualty events.

“Research centers such as ours exist around the world”, explains Dr Kobi Peleg, Director of the Center. “But the ‘added value’ that we have in Israel is that much of our data centers around mass-casualty events due to terror. Therefore a lot of the research we are engaged in focuses on understanding the injuries that come from terror with the goal of aiding hospitals to plan accordingly for these injuries should a terror attack occur. In addition, in comparison to other countries, over 90% of the hospitals in Israel are included in the program, allowing for a much more extensive collection of data”.

Dr Peleg gives an example of a lesson that was learned from recent terror-related events. “We found that blood vessel injuries were eight more times as common in the casualties of this type of trauma than in other casualties. This finding is important because hospitals need to immediately call in extra staff when a mass-casualty happens. Knowing that a case of terror is more likely to cause a blood vessel injury than, say, a motor-vehicle accident, will enable hospital management to call in this specialty as soon as they hear that an act of terror has occurred. This allows them to be as prepared as possible”.

With over one hundred studies published by the Center, Dr Peleg is proud of Israel’s contribution to medical research. “Israel has a responsibility to share its experience, data and knowledge with countries across the world. Although we’d obviously rather not have this experience, we can utilize it positively to ultimately benefit humankind”. 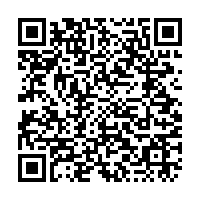