Luxury real-estate, much praised by the rich and famous of the world, has enjoyed a real boom these last months in Tel Aviv. Whereas the residents look on helplessly to the multiplication of towers that disfigure the Tel Aviv urban landscape. Also to the great dismay of the countless lovers of European architecture, fans of Bauhaus and of other marvels going back to our old Europe.

The spotlight is now given to one of the last jewels of the economic capital: the “Home on Habima” boutique-style condominium project, in the heart of the most elegant Rothschild Boulevard. A few steps from the majestic Habima National Theater, 135 Rothschild Boulevard, a new luxury boutique-style condominium project proudly shows its first colors.

The residence will be surrounded by private gardens adorned with fountains and statues that will lend it that old Europe atmosphere and elegance in the heart of the vibrant city of Tel Aviv. Nec plus ultra, the lobby of the building, with architectural lighting, classical music in the background, lounge decorated with sculptures, paintings and art objects. Each detail was imagined and conceived with great care, from the main entrance gate created by a famous artist to the interior design of the apartments.

The conception and the design of this boutique residence differ from the other high standing properties available in Tel Aviv. The enormous towers that invade and mushroom in the black city are a source of unease for the inhabitants, who are concerned with preserving the traditional and bohemian environment of their lives. “The luxury apartments market undergoes changes. We note that our clients would like to purchase luxury apartments in cozy buildings, rather than in another unit in a glass tower”, explains Rani Weinberg, who is in charge with the marketing of the project.

The Weinberg family, owners of this sumptuous and picturesque building, wishes to emphasize the preservation of the traditional, cultural, historical and familial values conveyed by their last creation. “Home on Habima” is a unique project.

The building was erected in 1936. A historical architectural vestige, one of the last that have remained in the city, it is conceived as a work of art intended to preserve the memory and the cultural values of the first years of the City of Tel Aviv”, adds Rani.

It suffices to stroll through the white city to understand the extent of the architectural change taking place under our eyes with the backing of the municipality. Tel Aviv, the captivating bohemian, assists powerlessly to the slow but sure multiplication of these towers. A kind of war declared by the powerful real estate magnates to the classical European style that continues to be the soul of the economic capital. A war in which the Weinberg family decided to stand up relentlessly to these purely commercial projects they profess to abhor. To this bling bling and pseudo-chic luxury, the Weinbergs prefer the authentic elegance, the majesty and the sobriety of the boutique style that becomes ever more fashionable in the international metropolises.

The Weinberg family took roots in Israel as early as in the 18th century. Ever since, its activities have been intrinsically related to the history of the Israeli nation. A lineage with solidly anchored Zionist values, actively participating in the building of the country. With an experience of more than a century in real estate, the family business manages to date over 350 assets. Several generations of Weinbergs grew up in Tel Aviv and its environments and lived at 135, Rothschild Boulevard for decades. The family pilots the “Home on Habima” project with particular attention and intend to occupy seven of the apartments of the building. A capital advantage, according to the family, who insist on a long-term confidentiality relations with its future neighbors.

The Rothschild Boulevard strikes one as a captivating urban mosaic. This leafy main road is marked by tall trees, magnificent sculptures, elegant cafés and restaurants, but first and foremost by sumptuous white buildings in a sober, square style that are still bearing testimony to the one and only Bauhaus architecture. Considered as the most attractive Tel Aviv area, the Rothschild Boulevard has been the main economic and cultural center of the city since its creation. At the entrance into this enchanting avenue, there is the Habima National Theater, which has become the most fashionable cultural center of Tel Aviv. The building has been renovated recently, and the picturesque square housing it represents the heart of the area, but also a place of encounter for residents of all ages.

The Weinbergs put up for sale six luxury apartments facing the sumptuous Habima Theater. The prices of these units vary between € 820,000 and 4.5 million. Also offered for sale are three duplex apartments, 300 m2 street level apartments and a sumptuous duplex penthouse. With a price in excess of € 16 million, the penthouse is a “unique piece” of 600 m2 occupying two entire floors. The interior space, whose concept has been inspired by the glass pyramid of the Louvre museum in Paris, includes a vast living room surrounded by a 4 m high glass wall, which offers an exceptional panoramic view on the very elegant Rothschild Boulevard and on the Habima complex. A private interior elevator made of transparent glass leads to the lower floor, which includes several luxury bedroom suites and a separate space for a nanny. The future owners will be able to enjoy a private transparent exterior swimming pool, a bar and a projection room.

The Ferocious Fight for Israel 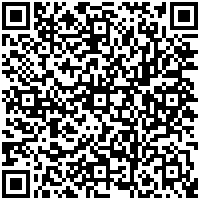