The Passover holiday brings with it a sense of cultural pride and an opportunity to rejoice with family. During this annual celebration, the Jewish nation unites to commemorate liberation from slavery in ancient Egypt.

However, for nearly two million modern-day Israelis held captive by the shackles of poverty and hunger, there is no real cause for celebration or joy. Shocking statistics recently released in the Israel National Insurance Institute’s annual poverty report state that a staggering 1.7 million Israelis, including almost 800,000 children, live below the poverty line.

Israel’s premier food and social services organization, Meir Panim, is actively fighting the poverty and hunger crisis in Israel. Meir Panim’s year-round programs offer lifesaving aid to the most impoverished members of Israeli society. A wide network of relief centers across the country supply ongoing crucial services to families who have nowhere else to turn.

The services provided by the organization are regularly hailed by politicians and supporters as being comprehensive and inclusive. But when Passover arrives, Meir Panim‘s bustling operations kick into overdrive.

In addition to distributing 3,400 holiday boxes filled with matzoh, oil, fish, chicken, vegetables and other Passover items, Meir Panim oversees multiple auxiliary programs – such as their popular Kulam BeSeder initiative which gives people who would otherwise be alone for the holiday a place to celebrate.

“We want to ensure that needy people, particularly the elderly without family, do not spend Passover alone,” explained David Roth, President of Meir Panim. “We match people with host families for Passover Seders. In 2016, more than 2,300 individuals were placed and that number is rising for this year.”

But the Kulam BeSeder initiative is just one component in Meir Panim’s efforts to spread warmth during the holiday. Hundreds of people will participate in meaningful Seders held in Meir Panim’s Restaurant-Style Soup Kitchens. These gatherings provide a sense of community for those who can feel marginalized in society.

For struggling families wishing to celebrate Passover in their own homes, Meir Panim is distributing 2,500 pre-paid food shopping cards. These cards enable the purchasing of Passover necessities to fill otherwise bare refrigerators and pantries.

“Recipients of these pre-paid food shopping cards come back to Meir Panim saying that the cards helped make Passover not only doable but more festive,” stated Roth. “Needy people are essentially left to fend for themselves and are struggling to survive each day. We need to help these underprivileged Israelis experience true freedom – from poverty, from darkness, from hunger and from loneliness.” 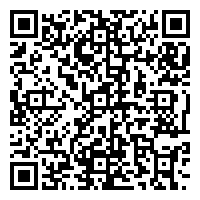