On Wednesday afternoon, the NFL announced that it would bar kneeling on the sidelines by players and staff during the playing of the National Anthem. This occasioned celebration from fans of President Trump – who promptly announced on Fox & Friends that those who didn’t stand for the anthem might want to leave the country – and scorn from those on the Left, who promptly accused conservatives of hypocrisy for supposedly wanting a “safe space.”


So, was the NFL right or wrong? Are conservatives wrong to be happy about the NFL’s move? A few thoughts.

1. Governmental Actors Shouldn’t Be Commenting On The Policies Of Private Companies As A General Rule. If Barack Obama had worked to forward the NCAA’s boycott against the state of North Carolina after its much-ballyhooed bathroom bill preserving single-sex bathrooms against transgender use, the right would correctly have been appalled. President Trump has no business telling the NFL how to run their business; at the very most, he should have signaled his personal disapproval of those who chose to kneel for the anthem.

2. It Is Not “Winning” To Force Players To Stand. Vice President Mike Pence tweeted out “Winning” in response to the NFL’s decision. There’s no question that the Trump administration can play the situation as a win, given Trump’s personal advocacy. But it’s not a win for the country for governmental officials to push private organizations to change policy like this, nor is it a win for Americans more broadly, since polls show movement in favor of kneeling thanks to Trump’s involvement.

3. Trump Didn’t Originally Politicize The NFL. The players politicized the NFL; the NFL allowed it. For years, they allowed players to promote leftist messaging on issues of race. Now they’re trying to put the genie back in the bottle. It’s bound to fail: the chairman of the New York Jets has already vowed to pay any fines, which will set off a round of owners pledging the same, thus undermining the policy in the first place. The NBA handled this issue years ago. The NFL should have done the same.

4. The NFL Has The Right To Do This. Obviously, this isn’t a First Amendment issue. The NFL is a private institution. They can do what they please. Even when DePaul University barred me from campus, I respected their right to do so (though they were idiots to do so). The NFL was feeling a hit in the ratings, and they responded accordingly. This isn’t an unreasonable business decision – the NFL can’t afford to keep hemorrhaging viewers.

5. NFL Games Aren’t College Speaking Engagements. Those on the Left attempting to claim that those fighting “safe spaces” on college campuses but boycotting NFL games are hypocrites are plainly wrong. That’s because college campuses are specifically designated as places for free exchange of ideas. NFL games aren’t. The NFL provides a product to the public – a product heavily tied in to patriotic feeling. It’s not the NFL’s responsibility to provide a public forum for discussion of police brutality.

The NFL kneeling protest was always foolish. It was always counterproductive. And now it remains a polarizing issue played for gain by both sides. 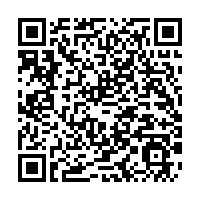