As the second candle of Chanukah burned bright exactly 50 years ago, 20,000 Jews and supporters gathered in Madison Square Garden for the largest rally till that date to shout out against the tyrannnical oppression of Soviet Jews.


The rally, “Freedom Lights for Soviet Jewry” was the brainchild of two young couples, Ahuva and Azi Genack and Jackie and Gittie Bendheim. Genack, now 79 and a professor at City University of New York, recalled that while the four knew about Soviet Jewry issues, they thankfully didn’t know what a tremendous undertaking organizing such a massive rally would be. “We just thought we had to do it. We imagined that people would stand with us. We had to pick the moment. This was it. The Russians were anti-democracy, anti-emigration, anti-Semitic. There was a belief that America stands up for justice, and there was a reaction at the time to how little people did to help the Jews in World War II.”

Their plan for Madison Square Garden was launched when the quartet found out about US/Soviet citizen Leonid Rigerman, a 30-year-old physicist with an American mother who was refused permission to emigrate, and instead, suffered persecution, arrest and harassment. They fought for his release in the halls of Congress and in the streets of New York. They even organized a “welcome” rally when he arrived in America in 1971.

Upon his release, Rigerman said that “constant pressure” could eventually persuade the Soviets to allow large numbers of Jews to emigrate.

As they were inspired by Rigerman’s story, they wanted to move others about the Jews in the USSR who couldn’t call for help, three million of them. Physicists, scientists, engineers, librarians, teachers, artists, musicians – each had a hope for freedom, and a story that was stifled under the heavy hand and the spying eyes of the Soviet Regime and its KGB.

The Chanukah rally also marked the first anniversary of the Leningrad Trials that found more than a dozen young Soviets (Jews and non-Jews) guilty of trying to “hijack” an empty airplane, in order to escape to the West. Called, “Operation Wedding”, its participants included Sylva Zalmanson, Mark Dymshits and Yosef Mendelevich.

Glenn Richter, National Coordinator of the Student Struggle for Soviet Jewry for 27 years, looked back at the 1971 Madison Square Garden event, and explained, that while the SSSJ had been holding marches and rallies with hundreds and even thousands of participants, what distinguished the Chanukah rally was its grassroots base.

Richter noted that many young people who had been in the US civil rights movement decided, “If we can fight for the rights of blacks in America, we can act for the rights of our brethren trapped in the USSR.” This experience, combined with the publication of Elie Wiesel’s searing ‘The Jews of Silence’ in 1966 and Arthur Morse’s ‘While Six Million Died’ in 1968, convinced the organizers that they must not “duplicate the silence of our parents’ generation during the Shoah.”

So, despite the call by the Jewish Establishment for “quiet diplomacy”, Freedom Lights’ planners preferred to raise their voices against the suffering of Soviet Jewry to Jews around the world, beginning with the strongest Diaspora Jewish community – New York.

Participants from seven states filled the hall. Ruth Alexandrovich, a “heroine of the Jewish resistance in Riga” received a standing ovation. She called out, “While I am free, my heart is still with our imprisoned brothers and sisters”.

Azi Genack commented that the publicity for the event was the most important part. “We had a very powerful poster that said, ‘SILENCE KILLS. Will you speak out for Soviet Jewry?’ It was everywhere – all over the subways and bus stations.”

The campaign worked and Soviet Jewry committees and organizations from Greater New York, New Jersey and Connecticut joined in, eager “to show the Russian government and our own political leaders that American Jews are very deeply concerned about the plight of our brothers in the Soviet Union.”

Fifty years after he organized a packed house in Madison Square Garden, Professor Genack is standing up for his people again. This time he is fighting to stop the demonization of Israel and the bigotry and hatred on the campuses of CUNY. Genack is working to encourage educators to stand against CUNY’s call for solidarity with Palestinian calls for BDS (Boycott, Divestment and Sections) against Israel. https://www.cunyallianceforinclusion.org/

The Madison Square Garden Chanukah Rally 50 years ago shined a brighter light and a greater awareness on the struggle of Soviet Jews. Although the Genacks and Bendheims did not organize further rallies, demonstrations and Sunday marches continued until the Iron Curtain fell in 1990.

The spotlight is once again on the Soviet Jewry Struggle this year as The Women’s Performance Community of Jerusalem and OU Israel present the upcoming historical musical, “WHISPER FREEDOM”. The third musical written and composed by Sharon Katz and Avital Macales, “WHISPER FREEDOM “tells the story of courageous Soviet Jews who were ready to risk everything to gain freedom from Soviet tyranny. The women’s musical takes the stage in Jerusalem at the end of February and the beginning of March 2022. For more information, https://wpcjerusalem.wixsite.com/wpcjerusalem. 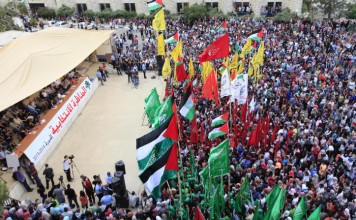 Universities in PA: Center for Opposition to Mahmoud Abbas 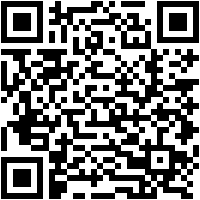