There is a debate about whether the Fifty Shades of Grey should be classified as pornography, obscenity…whatever. I’ll confess that I haven’t read the story and don’t feel the need. I’ve learned more about the story line by reading comments by those who are against it, than anywhere else. The movie/the book – even the controversy meant nothing to me until yesterday when, I’ll confess, the book(s) brought me some small measure of comfort.
Last night, in the coastal city of Cochin in India, I was exposed to something that defines evil, defies time and location. Like the Fifty Shades of Grey book, there are those who find nothing wrong with what I saw. The movie version Fifty Shades of Grey is considered too obscene for India, but what I saw was not. Rather, placed at the entrance of the store to grab your attention, right beside copies of Fifty Shades of Grey was Adolf Hitler’s Mein Kampf.

The surprise was such that at first I didn’t actually notice Fifty Shades of Grey.


I walked away, away from evil, away from the display that made me angry. I wandered through the other sections, waiting for my husband to finish his conversation with the clerk. I noticed that The Diary of Anne Frank was relegated to the children’s books section, just after the cookbooks.

As I left the store, I asked the cashier if they sell many of Adolf Hitler’s books. He didn’t know what I was talking about. “Mein Kampf”, I asked. “do you sell a lot of them?” “Oh yes,” he smiled, nodding his head in this strange manner I have noticed for the last week throughout the places I have visited, “yes, bestseller,” he added. “Wonderful,” I said in sarcasm. The clerk smiled, thinking I was serious. “She didn’t mean it,” said my husband but I doubt the Indian worker understood.

I felt sick inside – for all that I have heard that the overall situation of the Jews and the Jewish property in India is well respected, this bothers me tremendously. On our way to the mall, we were asked, as has happened many times, “where are you from?” Each time I debate for a few seconds – and each time I answer “Israel” because there could never be another answer. India, despite having the world’s largest number of Muslims, is for the most part decidedly pro-Israel.

This time, the old man smiled, made the sign of OK with his fingers and began telling us where we should walk to be safest from the traffic. He asked what we did, smiled when we talked about hi-tech, and began asking what 6G is…(as opposed to 2G, 3G and even 4G). He pointed us in the direction to the Lull Mall, and off we went.

On the way back from the mall, I was no longer smiling…except for one thought. For all that they made Mein Kampf a bestseller, the Indians, at least at this bookstore, did something right.
They placed Hitler’s book right beside “Fifty Shades of Gray” which certainly will never be considered a classic and whose main appeal is its ability to shock rather than inspire.

By contrast, they placed Anne Frank’s book next to the Bible…yes, the Christian Bible, but nevertheless something considered holy and respected by millions.

Not really complete satisfaction, but it helps a little. 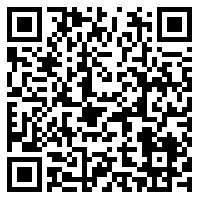