The Home Front Command has issued an unusual appeal to Israeli citizens. Prepare for war…now. Every year, the IDF reminds people that they should have basic emergency supplies available – water, first aid, blankets, radios, batteries, some dried food or canned foods, etc.

We are urged to know where we should go – fast – in case of an emergency. If we’ve cluttered up our bomb shelter, we are reminded that we should keep the pathways clear. The only thing unusual this year is the “now” part. No, they aren’t saying we are about to go to war, what they are saying is that we need to be prepared now…always.


The army is directing people to their Home Front site, which details “a full list of emergency equipment”, as follows:

The only thing they are missing is that I don’t want to do this. I don’t want to think about going to war. I already know that in two out of three of the last wars, you’ve taken one of my sons and this time, you could take two…or even three of them. No, sorry, no. I just can’t think about this now. I can’t stockpile all the things you are asking me to do because that will be an acknowledgement that there might be a war and I’m just not there.

Yes, totally irresponsible of me and so I will do it. I have an extra fire-extinguisher. I’ll make sure it is in the bomb shelter. I can move the folder with important medical records, passports, etc. in there tomorrow. I don’t have a list of emergency services and phone numbers but I’ll try to remember to take my phone along and anyway, there’s a computer in there and most things are backed up to Google anyway. I have bottles of water I bought a few weeks ago…no big deal to put them in that room rather than under the cabinet.

I’ll deal with the other things, I will. But what I won’t deal with is my heart. My brain will listen and know that it is the smart thing to do and even believe a bit superstitiously that if we do all this, there won’t be a war…while if we don’t, the sirens are going to be sounding soon.

So I’ll do it…my brain will organize the details but my heart is turning a blind eye. It is more than my heart can handle. War. No, really no. Been there, done that. It wasn’t fun and I don’t want to do it again.

I’m most frightened for David. He’s only been in the army for a bit over 4 months. He isn’t ready. To be honest, I’ve decided he never will be. So, sorry. That just isn’t going to work out. Years ago, days before Elie went to war for the first time, I wrote an article “What I want and what I’ll do.” It sounded a lot like this one. Those words I wrote 8 years ago, I could write again today. I don’t want to do this.

What I want…is to go collect my little boy and bring him home. I want to lock him in a room and tell Israel that no, you can’t have him. I’ve changed my mind. No, I’m sorry. He’s not allowed to play with guns and big things that go boom. No, I’m his mother. I gave birth to him and no, you simply can’t take him.

What I want…is to call him and make sure he is where I put him, where he told me he was yesterday. Not in the north, where Hizbollah is promising to burn the ground and open a second front and not in the south, where dozens of rockets and mortars have been fired at Israel, where a man was killed and dozens were wounded.
That’s what I want…

And what I’ll do, is sit here at my desk and keep editing this document for my client. I’ll update the copyright statements and change the installation information to reflect the new platforms the product now supports. I’ll answer the phone and I’ll talk to my accountant.

And what I’ll do, is tell my heart to settle. I’ll tell my eyes to take a moment and look at the next beautiful wave of clouds rolling in over Jerusalem. I’ll sign the papers I need to sign; type the words I need to type. I’ll tell my younger daughter to clean her room and my younger son that he has to study for his test NOW. I’ll tell my middle son he can borrow the car like we agreed, but he has to drive carefully. I won’t talk to my oldest daughter because she’s old enough to see the cracks in my smile and know that outside, it’s all a front.

What I’ll do is continue to listen to the news and pray for our civilians who are under attack, and our soldiers who are risking their lives to defend them.

And most of all, what I will do is dig deep inside where I store my faith in God and in my country and my people. I will do what every Israeli is doing today, hoping this will end soon, but not too soon that we only succeed in putting off to tomorrow what should have been dealt with today. I will do all of this because we are what we have always been, a nation with no choice but to deal with what our enemies choose. 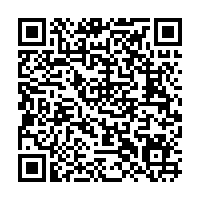