Yesterday in my little country, a woman was lightly injured when Arabs threw rocks at her car; a soldier was lightly injured when another Arab attempted to stab him in the head with an ax, luckily – with the help of God, the soldier’s head was protected by a helmet. Two young Arabs…12 years old…went into Jerusalem with knives and a “goodbye note” – wanting to join in this wonderful knife-intifada. Gratefully, they were caught. A rocket was fired from Gaza setting off Israel’s advanced warning alert system…no rocket was detected as landing inside Israel…and yesterday, Israel decided to charge a 19 year old solder with manslaughter for killing a terrorist.

Yes, I know that despite the testimony of medics on the scene, the MAGAD and MEM-MEM, the video continues to speak to people. It looks like the soldier shot an unarmed man lying on the street injured…it looks that way…but how often are looks deceiving and the truth elusive?

Dear Army – please send my combat soldier home. He is barely 20 years old and if you will not stand by our sons…send mine home. Take some mature 30 year old man who has lived long enough to know all the angles…a 30 year old who will hesitate long enough to either discover the terrorist is not armed with a bomb…or who will die for that hesitation. Or more likely, a 30 year old trained combat soldier who will know how to make sure the threat is known…and who will THEN shoot the terrorist in the head, rather than allowing this travesty of justice to unfold in the media rather than the courts where it belongs.

But send my son home…you have no right to take them that young if you do not accept that at the end of the day, they are 19 and 20 years old. And unlike their American counterparts, they aren’t going out drinking and hanging out in bars every night; they aren’t getting pregnant and having abortions without even knowing who the father is, or waking up in the morning not even remembering her name.

You dare to take them to be soldiers; then you put them on a combat line when they aren’t even fully trained (even the commanding officer admitted the soldiers had not been trained to handle a situation where there is a live but injured terrorist who might be armed).

So send my son home. I have given you two sons already to fight in your combat units. I have let you send one son to war twice while I sat home and cried and prayed and made deals with God to keep him safe because he was doing something so important for our country. I kept my side of the bargain. I trusted you.

Well, forget it. If you don’t keep up your side of the bargain – send him home.

In my little country, my son is now on a combat line, a check point, somewhere in Israel. He’s been in the army only five months…and I have lost my faith in the Prime Minister, the Defense Minister and the Chief of Staff…you have no right to take these amazing boys if you don’t train them right, if you put them in situations and expect them to decide how to handle it…and then when they do…before you even have the facts…you abandon them.

I suggest you put the leftist journalists and the Chief of Staff on that check point…and when the Arabs pull out the knives…you can all sit down and sing together. 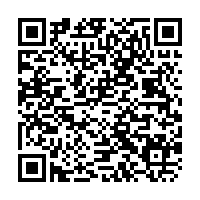