On May 8, 2001, a Palestinian beat to death two young boys – Koby Mandell and Yosef Ishran.

On August 9, 2001, a Palestinian walked into a pizzeria in Jerusalem with a guitar case loaded with explosives and blew himself up, killing 15 people, including 7 children and a pregnant woman.


On Octobr 7, 32 people were murdered in two Sinai hotel resort hotels by Palestinian terrorists who knew that Israelis frequented the hotels. Among the dead, two brothers – Gilad, aged 11, and little Lior, aged 3.

On December 5, 2005, Palestinian terrorists attempted to enter a mall in Netanya but blew them

On March 6, 2008, eight students of the Mercaz Harav Yeshiva were murdered by terrorists who entered the school and opened fire.

On March 11, 2011, two Palestinian cousins entered the home of Ruti and Udi Fogel. He murdered the couple and killed three of their children, including four year old Elad, who they stabbed in the heart, and little Hadas, who was only four months old when they butchered her.

On October 22, 2014, Chaya Zissel Braun, only three months old, and Karen Mosquera were murdered in a ramming attack at the Ammunition Hill train station.

Yes, I’m sure it’s because of the occupation…because sheesh, whenever I’m angry and think the world is being unfair, the first thing I do is pull out my rifle and fire at a playground with children in it…or pick up an axe and start stabbing a father of four children from behind, start up my car and ram it into innocent people. If I see people lost in my neighborhood, of course, I burn their vehicle.

So why did Palestinians attack a house and murder a woman and her two children in 1953?

Why did they open fire on a synagogue in Shafir in 1956, killing three children and a youth counselor?

And why did they shoot two hikers near Massada in 1959?

Why did they murder 67 people in Hebron, including 46 yeshiva students and teachers in 1929?

Perhaps it is only in the land of Israel where Muslims feel threatened and so attack Jews? Well, that was a nice thought as well.

What of the Allahdad incident in Mashhad, Iran in 1839, when Jews were forced to convert to Islam? Or the destruction of Torah scrolls and the burning of a synagogue in Meshed…also in 1839. There, too, the Jews were forced to convert. And there was another massacre in 1867 in Barfurush…all outside the land of Israel, disconnected except for the fact that the hatred was the same and the victims the same.

In 1465, Arab mobs in Morocco slaughtered thousands of Jews, leaving only 11 alive.

So, here we have a sparsely documented history of over 1,000 years of attacks on Jews, killing many more than we are experiencing today, who died at the hands of Muslims.

Is it REALLY because of the occupation?

Are you ready for the truth?

We owe it to ourselves, to our children and grandchildren, and to Tzvika, to be honest.

It is NOT about the occupation. 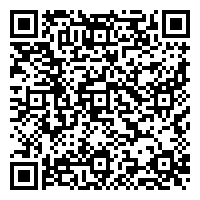