Two titles came to mind when I thought of this post – the first is the one above – The Brave and the Heartless. The second is Beauty and the Idiot. Maybe I should have gone with that one.


In Judaism, when someone is sick, there is a tradition to add a name or change your name. It’s kind of a hope and a prayer, that with this new name, we will be granted new blessings from God. A friend diagnosed with advanced cancer changed her name a few years ago to combination to perhaps the two most important things – love and faith.

She is the brave one; she is the beautiful one. She reaches out to people – while still encouraging and striving for only positive thoughts. She is suffering from Stage 4 cancer and thousands the world over are praying for her every day. Chemo has failed. Her husband took to Twitter to ask that people pray for his wife, the mother of their five children.

And this is where brave and beautiful meets heartless and idiotic.

I don’t know if this @USAsupportsBDS person is a he or a she. Unlike Ahava Emunah, this being isn’t brave. Rather, “he” hides behind anonymity to spout hatred and nonsense.

I know only that “he” is a coward hiding focused on hurting others. Syria is off his radar; the true suffering of innocents means nothing to him. He is infected with a disease that is centuries old. The name he uses to hide behind this time speaks volumes. By and large, the USA does not support boycotting (B) and divesting (D) and imposing sanctions (S) against Israel. That ship has passed. It was captained by Barack Obama and it’s gone, sunk, finished.

Israel has not had a friend in the White House for 8 years (and probably a lot longer with a few exceptions). but no – this ridiculous Twitter account is misnamed on all fronts – Israel is NOT apartheid and the USA doesn’t support BDS. And if that were not enough, this misguided fool lacks the most basic element of human decency or humanity.

First, he wrote of Ahava Emunah, “I won’t pray for her or any other Zionist. I hope your pain worsens 1,000 fold. Israel deserves no peace.” She is a mother, fighting one of the worst diseases known to mankind and this man or woman attacks her simply because her husband has asked people to pray for her recovery.

Ironically, the fool curses Israel, hoping that it will never have peace. Someone needs to tell this idiot that if Israel has no peace, the Palestinians will have none either. Essentially, he is so filled with hate that he’d sooner wish war and death on his own people, than wish life and peace on his enemy. More, he’s so busy hating Israel, he’s missing the fact that Muslims kill more Muslims in a single year than Israel has killed in total over more than 70 years.

This guy is so busy stalking Israeli new sites, he found one of my articles – one I’m rather proud of. It fails the “Ahava” and “Emunah” test because, like this idiot, it shows no compassion for another individual. In my defense, I would like to point out that my lack of compassion for Salman Ramadan Abedi, who, to my way of thinking, doesn’t deserve any compassion. He’s the one who walked into a concert hall in Manchester and exploded himself in a room filled with teenagers and parents.

But what did Ahava Emunah do to deserve his wrath? Nothing, of course. She’s fighting for her life, not maliciously striving for the deaths of others.

And two days ago, he wrote to me because I had dared to condemn the Manchester suicide bomber and point out that he’d been had. No, there weren’t 72 virgins up there waiting for him, only eternal hell for murdering innocents and innocence.

And so this twitter account, the 16th he’s had because Twitter finds his posts vile enough to close his accounts 15 times so far, wrote to me and called my country a parasite and said we were “self-absorbed”.

I’ve found that the greatest lie is often truth misdirected. There is a parasite presence in the Middle East…a group of people who give nothing to the world (unless you count suicide bombers, car rammers, axers, stabbers….).

The parasites in the Middle East are not Israelis, nor is the most self-absorbed population to be found in my country.

The parasites are those who take but do not give – to the tune of billions of dollars taken and embezzled to build the homes of leaders rather than the hospitals and schools needed by the poor of Gaza. The self-absorbed ones who fancy themselves worse off than those who suffer in Syria, in The Congo, in war-torn lands and places devastated by natural disasters – floods, earthquakes, tsunamis.

So let’s look – who are the parasites? Well, not Israel.

As of almost 15 years ago (imagine how many more countries have been added to the list), Israel has sent humanitarian aide to over 140 countries:

Does this look like the work of a “parasite” nation?
Allow me to answer – No, what it looks like is a post by a man (or woman) who is rather stupid, clearly heartless, and perhaps even slightly deranged.
Advertisement 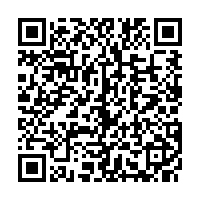