Home Blogs A Soldier's Mother A Soldier’s Mother: Wonder Woman Died in Jerusalem on Friday
Share on Facebook
Tweet on Twitter
Photo Credit: Israel Police
I go to movies as an escape. We don’t go often, but we go. We try to go to movies that are not considered overly whatever. We’ve made mistakes. Once, we went to this horrible movie where the main character simply tried to sleep with every woman in sight. We kept thinking that there has to be a point to the movie and we didn’t want people thinking we were fanatical but after a little while when we realized the movie was as bad as it seems and it was unlikely to get better, we decided to leave.

We’d never done that before but we quietly got up and walked out…and three other couples did the same thing. We walked over to the management and told them that one of our few good nights out had just been ruined because the movie was just awful. The manager actually apologized – as if he was to blame (which we clearly told him was not the case)…and offered all of us the opportunity to join one of two other movies that were about to start.

Wonder Woman is not going to be a classic but we enjoyed it on so many levels. A beautiful, confident lead actress was a delight. That decidedly Israeli accent and name just warmed our hearts. More, unlike some Israeli actresses who left Israel long ago, Gal is simply Israel. She lives here and works wherever. She served in the Israeli army, proud and true. She is one of the best representatives of Israel simply because she carries Israel in her heart. She is not ashamed of her home country, not by a long shot.


With amusement, we watch as Lebanon, Jordan, Qatar and others ban the movie because of the woman. In a world with so many problems…is that really the biggest one they can think of? Having to watch an Israeli woman beat back the Germans?

We saw the movie about 10 days ago; last week we amazingly enough did something we rarely do – we went to another movie just a week after the first one! This time, we went to Going in Style – a movie about three old men who rob a bank to undo financial injustices done to them. I loved it – clean, funny, and not to deep…perfect.

Then, with David going to a friend, Elie and Lauren going to relatives, Aliza going to her school, Shmuli going to his in-laws, and Amira celebrating the Sabbath at home, we had an almost-unheard-of Shabbat with just the two of us. I loved it. I set the table early Friday afternoon, baked and cooked. Had a great time Friday visiting my brother, who is visiting Israel, got back, rested and took a shower…perfect Shabbat…

Only, without us knowing it, the Sabbath was ruined before it began – destroyed in a vicious terror attack in Jerusalem in which Hadas Malka was murdered. I’ve been watching Facebook, her funeral, posts about the killers/terrorists. And something popped up about another Arab country banning Wonder Woman and a thought came to my mind that I haven’t been able to shake.

They killed Wonder Woman in Jerusalem on Friday. The funny thing is, the thought came to me by itself but when I searched on the Internet for words that her friends used to describe her, one of them even called her “a real-life Wonder Woman.” 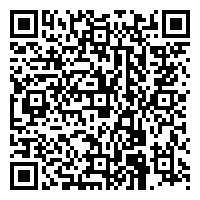