Let Me Tell You About My Community‏…because, in a lot of ways, it is a microcosm of all of Israel.

Late last night, one person posted that her “adopted” soldier just informed her that he returned to base for the Sabbath, only to find that he and 5 other soldiers have no food…the woman posted to our community list and the offers started pouring in – bread, chicken, rice, two kinds of noodle salads, baked potatoes, cakes and biscuits.

Two days ago, a couple in our neighborhood posted that their plans had changed and they suddenly found themselves alone for the upcoming Passover Seder. Would anyone be willing to invite them. Within minutes, invitations came from all over the city. And then, another – if it doesn’t work out with all of the people who already volunteered, she had another group of people who are happy to have guests.


At this moment, on my stove/range/cook-top, I’m making a huge stew-like dish that Jews often serve on the Sabbath. It’s called cholent and it includes meat, beans, barley, potatoes and then depending on country of origin might have additional ingredients…like eggs or wheat. Passover is coming and our goal in life now is to empty our homes of all manner of leavened things – barley, wheat, oats, etc. So we’re having a communal sit-down lunch on Saturday afternoon after the prayer services for 40 people. I offered to make the cholent.

Late last night, I put up the pot to cook all night…and found that I couldn’t find the remaining wheat and barley I was sure I had. Early this morning, I asked on the same communal list if anyone has any to spare and within minutes, I was walking around the block to a neighbor to pick up her donation to the community lunch and now with the kind help of a friend, we’ll all have our hearty stew.

There was a terrible fire in New York – seven young Jewish children died. Thousands attended the funerals here in Israel. In my neighborhood, one woman, spurred on by the lack of working smoke detectors in the house in Brooklyn, organized a community drive and placed an order for over 100 smoke detectors and fire extinguishers.

If someone needs help with an elderly parent, if someone is sick, if someone just gave birth and needs help organizing meals, our community rises to each and every challenge.

So I have six loaves of bread rising next to my oven that will go to an army base later today to feed six soldiers. They will feast not only on the food, but the love that goes along with it.

If I had to explain Israel to someone, this is how I would do it.

Israeli Emergency-Service Workers in Meron on Lag B’Omer: ‘It was Apocalyptic’ 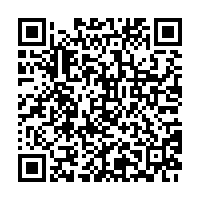