The other day I was reading an article by a South Korean writer, in which he expressed how unhappy his people were about being a battlefield for proxy wars. The Korean war from 1950-53 was a vicious conflict in which some 2.5 million civilians were killed, far more than even the highest estimates of military dead on both sides. It was a skirmish between the Soviet and American empires, but most of the dead and wounded were Korean. They died from starvation, from being caught in the crossfire, and from massacres carried out by both sides. Much of both North and South Korea was totally destroyed. Seoul, the capital of South Korea, changed hands four times. One can only imagine the conditions faced by its residents.

The Vietnam war was probably the longest of the cold-war proxy wars, counting from the French defeat at Dienbienphu in 1954 to the final withdrawal of US forces in 1975. Although estimates vary widely, several million civilians were killed in this war as well. The fact that the numbers of casualties, military and civilian, are comparable with those of the 3-year Korean war illustrates the ferocity of the Korean conflict.

The two sides aren’t morally equivalent. Although both sides committed atrocities and war crimes in Korea and Vietnam, I believe that the American narrative of defending at least the possibility of freedom in those places is more true than the Soviet one of opposing American imperialism and promoting self-determination of peoples.

The Soviets managed to keep their own troops out of these wars, but the Americans sent expeditionary forces which suffered severe losses. Part of the Soviet objective was to entangle the US in expensive and divisive conflicts, a strategy which the US turned against them during the 1980s Soviet-Afghan War. It was an effective strategy in both cases: Vietnam did great damage to the cohesion of American society (and was helped to do so  by Soviet psychological warfare experts), and the cost of the war in Afghanistan contributed to the collapse of the USSR.

The war in Syria has become yet another proxy conflict, one which arguably has three main outsiders manipulating their proxies: Russia, the US, and Iran, along with contributions from Saudi Arabia and Turkey. All of these are manipulating the local fighters to achieve their desired geopolitical ends as well as to entangle and weaken their enemies. Bashar al-Assad sold his soul (such as it was) to the Iranian and Russian devils; he may survive as long as he is useful to them.

But in all cases, the last thing those who pull the strings care about is the fate of the residents of the battlefield they have chosen.

Israel’s wars in 1967 and 1973 were also cold-war proxy affairs, although neither of the empires of the East and West sent their own soldiers (except some Russian pilots) to die for the cause. The shortness of these wars and the fact that most fighting occurred outside of populated areas kept the civilian casualties comparatively low.

Israel’s next war, which may be fought on several fronts simultaneously, has the potential to hurt many more civilians than any of her previous wars, both in Israel and among her immediate antagonists, Hamas-controlled Gaza, Hezbollah-dominated Lebanon, and possibly the Palestinian Authority. Large numbers of short-range rockets and longer-range missiles are expected to be fired at cities and towns in densely-populated Israel; and a large amount of fire will be concentrated on the launchers, which are located in civilian areas. Both sides will suffer.

As the people of Korea, Vietnam, Afghanistan, and many other countries learned to their sorrow, it is bad to be the site of a proxy war. Parties to a local conflict often hook their wagons to one or more of the big powers, thinking that this will give them the advantage to prevail (think Assad and Russia and Iran). Then the other side finds its own champions among the enemies of the first group. But when the local conflict becomes a proxy war between powers with relatively unlimited resources, even the winning side often finds that it has won a pyrrhic victory.

The temptation is strong when one side has powerful backers for the other side to give up some of its autonomy in return for help from backers of its own. This tends to exacerbate the conflict, and makes it harder for one side to use its deterrent capability to prevent war.

How do you avoid getting ground up in a proxy war that you don’t control? One way is to avoid becoming too dependent on outside powers. They will use you for their own interests, not yours. Another is to skip the proxy and threaten the puppeteers directly. So Kim Jong-un is trying to develop the means to deter the US from involvement in his conflict with South Korea. Why only threaten Seoul when you can threaten Guam, or even Seattle? This strategy seems insane when you consider the relative strength of the US and North Korea, but the public possession of a deliverable hydrogen bomb could do the trick. While I by no means approve of Kim, I have to admire his strategic acumen.

And so we come to Israel. What she should not do is try to line up great power allies which will promise to defend her. No matter how good allies they are, they can’t care more about our interests than their own. And the protection of our civilian population is our main interest. It is not necessarily theirs. We must not allow ourselves to become proxies for anyone.

The power that supports all of our enemies to a greater or lesser extent, is Iran. Every day Iranians chant “death to Israel” and do their best to transfer weapons to Hezbollah. Iran’s ambitions are global in the long run, and it sees Israel as an obstacle to its control of the Middle East, as well as a base for American power. The regime does not hide its strategy to destroy Israel in a proxy war against America fought on our turf and Lebanon’s. It has piled up a great deal of cash as a result of the agreement on nuclear weapons, and it is using it to make its proxies more deadly. And the regime is quite happy to sacrifice its proxies. This is why Israel can’t deter Iran by threatening to bomb Lebanon.

Kim Jong-un may or may not have a deliverable weapon at this point, but he has caused the mighty US to tremble. Israel has far more destructive potential than North Korea, and Iran is far weaker than America. Israel should neither become a proxy for the US, nor should it expect to deter Iran’s non-autonomous proxy.

Defeating Iran’s proxies is like cutting the heads off a Hydra. They will grow back unless the beast itself is neutralized. Israel’s deterrence should be focused on its real enemy, Iran. And if we are forced into war, Iran should be a primary strategic target from the start. 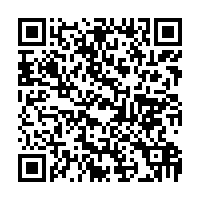