Yesterday was supposed to be the day Netanyahu and Gantz finalize their agreement to form Israel’s new unity government. But so what? What is a government for, anyway? Why do we allow ourselves to support such bloated, parasitic organisms? Especially when we watch helplessly as elements of said organism arrogate to themselves resources that ought to belong to society as a whole?


What are governments for? Protection of the citizens is their most important function. Historically a group of humans tacitly agreed to give up their freedom (or were forced to give it up) to a leader who would protect them against the Hobbesian world they lived in. When armies come to sack your city, whom do you call? You need an army too, and somebody needs to command them and pay them. And where does the king or prince or president get the money to pay them? Need I ask?

And naturally he takes something off the top. A “good” leader takes just what he needs (a parasite has to be careful not to kill its host), while a bad one sucks his people dry.

In the far past, governments just protected their people against external aggression and banditry, and internal crime. There wasn’t much that could be done about natural disasters, like earthquakes and epidemics. There was little that could be done to improve economic outcomes as well, although taxation could and did put a ceiling on it.

But with technological progress, intervention by government in both natural and human processes became possible and necessary, for good or ill. The famous saying (who said this?) that civilization replaces frequent small inconveniences with rare large catastrophes, implies a collective responsibility of civilized people to try to prevent those catastrophes. And this responsibility is placed on the shoulders of their leaders, who may or may not rise to the occasion – as we are having quite graphically and tragically demonstrated to us in various countries today.

The next most important job of government is the regulation of markets. Capitalism in a free society is by far the most effective way to create wealth to meet human needs and wants, but it is unstable. As we learn in basic economics class, numerous distortions upset theoretically perfectly efficient markets, and the result is to create a vicious spiral that funnels wealth toward specific sectors of society and starves others.

Radical laissez-faire policies ignore hidden costs of production – for example, air/water pollution – and leave the door open for various causes of instability like artificial barriers to entry and monopolistic practices, exploitation of workers (and shareholders!), and other imbalances. Without external control, a capitalist system will go off the rails.

On the other hand, communism places complete control of the economic system in the hands of the government, supposedly on behalf of the workers; but along with the loss of efficiency that comes from the conscious attempt to control markets, there develops a totally useless, parasitic governmental ruling class which soaks up the available wealth, making the society far worse off than in a purely capitalistic system. The same can be said for monarchies (in which a king or royal family owns most of the wealth) or Islamic regimes like in Iran or Gaza, in which religious principles guide policy. The results speak for themselves: the economy functions poorly or not at all (e.g., Venezuela), and the rulers protect themselves by restricting the freedom of their citizens.

The least bad alternative is some form of regulated capitalism. That requires someone to make and enforce the regulations, which is the second major job of government. It’s easy to see how dangerous this function makes government officials; the temptation to graft for someone given power to regulate commerce is enormous.

The final job of government, international relations, combines the protective and economic functions in the realm of relations with other nations. Governments vary greatly in the way they use their powers in this area. Some wish to live and let live; others – like the Iranian regime, or Hitler’s Germany – behave like pirates. Piratical regimes are dangerous to others and also to their own populations, because they invite reprisals from other nations.

All governments are fundamentally parasitical. But parasites can be useful to their hosts. A good government takes little enough from its citizens to keep from harming them too much, while performing its necessary functions. A bad government, like the regimes of Maduro, Assad, or Khamenei, rapes its people, doesn’t protect them against other dangers, impoverishes them, and exports instability to the international sphere. A good government is like intestinal bacteria. A bad one is like coronavirus.

Needless to say, they should not be given outsized salaries or opportunities to enrich themselves that are not available to others. The UK has done a very beneficial thing by offloading the ceremonial and symbolic functions of the head of state to the Monarch, while allowing the Prime Minister to get on with his or her job. A President of the US, on the other hand, has a fulsome array of unnecessary and expensive perquisites, and is sometimes referred to by the offensive sobriquet “leader of the free world.”

Governments are bureaucracies, and like any bureaucracy, only grow larger. Officials protect their satrapies, with far more ferocity than they exhibit in the performance of their duties – high level politicians being the worst of all in this respect. Such cancerous growth can convert a relatively benign parasite into a killer.

Israel’s unity government may have 30, or according to some reports, as many as 36 ministers, the most in the history of the country. As I wrote last week, the cost of each additional minister is 1.2 million shekels a year, and this is an example of parasitism allowed to run rampant – especially at a time that the government needs to come up with a massive bailout for individuals and businesses that will have been hurt by the long shutdown of the economy.

The process of forming the government has so far been enormously expensive, with three elections at an estimated cost of 12 billion shekels. Keep in mind also, that for the past year the legislators have done essentially nothing, while drawing their salaries.

When does a parasite become too costly to tolerate? I would like to think that our politicians are no worse than intestinal bacteria. But could they be becoming a virus deadly to the state? 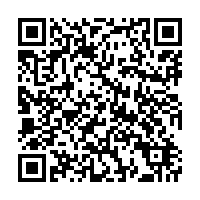