Today is International Holocaust Remembrance Day. It was established by the United Nations, the most important representative of the enemies of the Jewish people in the world. In its 2005 declaration to establish the annual event, the UN condemned “all manifestations of religious intolerance, incitement, harassment or violence against persons or communities based on ethnic origin or religious belief, wherever they occur.” The hypocrisy of the UN, which has engaged in intolerance and incitement against Israel and condoned violence against her since her victory in the 1967 war – an attempt by the Arabs to repeat the Nazi genocide against the Jews –  needs no elaboration.


Historian Benny Morris says that the Turks perpetrated a “30-year genocide” against Christians – Armenians, Assyrians, and Greeks – murdering between 1.5 and 2.5 million between 1894 and 1924. If the UN were consistent, there would be an international day marking this genocide as well. But of course it wouldn’t do this, nor would it take action against the increasing persecution of Christians and other non-Muslims in the Middle East.

Israel, where the majority of the survivors of the Holocaust and their descendants live, has Yom haShoah on 27 Nissan, which falls in April or May on the civil calendar. We don’t need another day of remembrance, and especially not one established by the UN.

I am sure that whoever had the idea to do this had only good intentions. But it serves no worthwhile purpose.

As I’ve written, Holocaust education for Jew-haters just tends to encourage them. It provides ideas and examples, as well as vicarious satisfaction. And for those who don’t hate us, the emotional catharsis provided by crying over the horrors of 75 years ago helps them keep their eyes shut to what is happening today.

We are not going to bring back our murdered grandparents (and great-grandparents, by now), with international observances. We are also unlikely to reduce antisemitism, particularly the kind that comes dressed up as anti-Zionism, by explaining that any kind of racial or religious hatred is reprehensible. Everyone knows this by now, except that their particular hatred is justified.

It doesn’t help improve the worldwide situation of the Jews or other persecuted minorities. The message transmitted by most international observances is that the Nazis killed a lot of people for bad reasons. They murdered Jews for racial reasons, and several million Poles and other Slavs for what could be called “national” reasons, and massacred Russian POWs because they were Russians. They also “euthanized” disabled and mentally ill people, and murdered thousands of Roma, homosexuals, and others. Killing people for reasons like these, says the UN, is wrong. Don’t do it, says the UN.

But the connection to current events seems to be missing. Antisemitism and anti-Zionism everywhere are as bad or worse than they were at any time since the end of WWII. The Iranian regime continues to make genocidal threats on an almost daily basis. The Palestinian Arabs, are taught by their dual regimes in Gaza and the Palestinian Authority that murdering Jews is not just permissible, it’s admirable. The PA in effect pays a bounty for dead Jewish civilians, and refuses to stop doing so even when threatened by its largest donor.

In Continental Europe and Britain, anti-Jewish attitudes – especially centered on Israel – are more pervasive than ever, while a study of antisemitic violence from 2005-2015 found that violent incidents are most likely to be perpetrated by Muslims. In the US, serious violence is more likely to come from neo-Nazis or “white nationalists” like the one who invaded a Pittsburgh synagogue and murdered eleven people inside. But especially on college campuses, increasing Jew-hatred tends to be linked to anti-Israel attitudes popular with Muslim or extreme left-wing students and faculty. There also seems to be a greater prevalence of black antisemitism, including violent incidents, although it might just be that it has been noticed more by the media in recent months.

I have a theory about Jew-hatred. An important component of it is contempt for Jews as physical beings. Antisemites think of Jews as powerful in occult ways, but they also see us as weak, not capable of asserting ourselves physically and fighting back. The more a Jew tries to behave in an ingratiating way, the weaker he looks, and the more the antisemite hates him. So a good way to reduce antisemitism is to fight the enemies of the Jewish people aggressively. This works in the schoolyard with antisemitic bullies, but it also works in the realm of geopolitics, where it is called “establishing deterrence by disproportionate response,” or The Doctrine of the Strong Jew.

Recent history shows that when the doctrine has been properly applied, it’s been successful. Other approaches, such as restraint, appeals to common interests (we really don’t have any with our enemies), payment of tribute, or appeasement are certain to fail, with unpleasant practical consequences, as well as bringing about an increase in antisemitism. One advantage of applying the doctrine is that not only does it teach your immediate enemy a lesson, not only does it broadcast to the world in general that acting on one’s Jew-hatred doesn’t pay, but it strikes a blow against one of the ideological pillars of Jew-hatred, the image of the weak Jew.

Of course you need to win your battles. Starting fights that you will lose is not a good idea, as Ehud Olmert found out in Lebanon in 2006. But the alternative approach – taking the stance of the Weak Jew – is guaranteed to make the situation worse. Oslo, the withdrawal from South Lebanon, the withdrawal from Gaza, the policy of restraint in the face of Hamas’ arson balloons – all of these are examples of the Weak Jew. On the other hand, Netanyahu seems to have adopted the Strong Jew Doctrine toward Iran.

So let’s go back to International Holocaust Remembrance Day. Although I doubt it, supposing that the idea was to actually reduce antisemitism, and make another Holocaust less likely. Then I can think of a much better use to put all the money that will be expended on this exercise.

Give it to the one organization that, over the years, has been the most effective of all in fighting antisemitism: the Israel Defense Force. 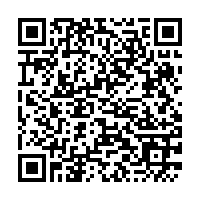