When I can’t learn Daf Yomi with my regular Rav, I make sure to watch and listen to Rabbi Eli Stefansky’s amazing daf on YouTube. During one of his shiurim on Sukkah, Rav Eli quoted the Vilna Gaon as saying that the hardest mitzvah on Sukkot – and maybe the hardest mitzvah of the 613 – is “ve’Samachta b’chagecha” (to rejoice on the holiday).

Think about it. There is a positive commandment to be happy for the entire holiday of Sukkot… every second of the day! That’s not easy! Now multiply that difficulty x100 – during these very challenging and difficult days – and you have a mitzvah that might be impossible to perform.


I’ll get right to the point. I don’t accept that. I do not believe that HaShem gives us impossible tasks. Its true that there are many mitzvot we cannot perform today, but that’s due to reasons beyond our control. There’s no Bet Ha’Mikdash, there’s no Sanhedrin and there’s no “ben sorrer u’moreh” (the wayward and rebellious son)… but there is the wonderful holiday of Sukkot and therefore it must be possible to rejoice, be happy and enjoy those amazing days from start to finish.

When you think about it, however, being happy is becoming more and more difficult all year round… not just on Sukkot! The negativity, complaints and kvetching have reached epic levels! Just the other day I felt like calling the Guinness Book of World Records for the number of complaints I heard. Biden’s no good, Bennet is terrible, Covid is coming back, supermarket prices are high, the schools are lousy and we can’t even eat Ben and Jerry’s any more. What’s this world coming to???

The great Rav Kook once said that if he gets punished, he wants it to be for the sin of loving Jews too much. While I’m no Rav Kook – not even worth being a hair on his head – I would like to say a similar thing; If I get punished, I want it to be for the sin of focusing too much on the good that HaShem has given me. Don’t get me wrong… I see the bad in life and have fought against it many times – and will continue to do so – but I have become an expert at seeing the good and focusing on it. I do not allow myself to get sucked into the dark hole of negative energy and self-pity. I ended my membership in Judaism’s most popular club; The Kvetcher’s Society, and I work hard at appreciating the blessing of being a member of the Chosen Nation!

Therefore, since many people need help with this, allow me to cheer you up with a few things to think about. You can use this list 354 days a year (that’s how many days there are in the Jewish year!) but please make sure to use it especially on Sukkot, when the obligation to be happy is even more important.

According to recent reports, there are approximately 15 million Jews in the world. Those same reports state that there are 7 billion people in world, which makes the Jews a whopping .002% of the world’s population. I want you to think about that for a minute. 99.998% of the world are not Jewish. They were not chosen by G-d to be His special and unique nation. They are important people – yes – but YOU were hand-picked by the King of Kings to be His loyal and trusted servant. You received the most precious gift in the history of the world – the Torah – while 99.998% of world was not! Just this one fact should make you sing and dance 24/7. HH

Let’s take that one step further. After all the exiles, crusades, pogroms, holocausts and anti-Semitism… and after everything that was done in an attempt to wipe out Torah, there is more Torah being studied today in Eretz Yisrael than ever before in Jewish history! I am aware of how the complainers will tell you about all the bad things in Israel – and I am not blind to those matters – but, as stated before, let’s train ourselves to focus on the good! How many thousands of Tisha b’Avs did we observe and cry for what we lost? Isn’t it time that, during the rest of the year, we rejoice for what we have? Look at Israel today… look at what HaShem has given us in less than 75 years. Over 7 million Jews live there today! Who would have even dreamt about that in 1945? Look at the beautiful country and what has been done. Taste the fruits, drink the wine and drive on the modern highways.

Let me now switch to something that is completely about Sukkot, but you’ll need to be over 50 to appreciate this. Remember the old days… in the 1960’s and 70’s – how many people in your community had their own lulav and etrog? In my shul, maybe 5 people had their own (and that included the Rabbi!) The rest of the people stood next to the bima to shake the lulav before Hallel. Our shul bought one set and 98% of the people lined up and waited their turn. And now for the next question; how many families in those days had their own Sukkah? I’m talking about just 45 years ago, yet today – Baruch HaShem!! Who doesn’t have their own lulav? What family doesn’t sit in their own Sukkah? Be happy about that… it’s an amazing accomplishment!!!

Let’s focus for a minute on kosher food and its easy availability across most of the Western world. In 2021 its actually hard not to eat kosher! Have to say Kaddish? There’s a minyan everywhere! Want to learn the daf? There are tens of thousands of daily shiurim and, as I wrote before, if you can’t be there in person you can watch it online. Hard to learn Torah in Hebrew? There are millions of pages of Torah in English, French, Spanish, Russian, Dutch, Portuguese, Yiddish, Italian, Hungarian, German and Amharic (the language spoken by our Ethiopian brothers and sisters)!!!

People today live longer than in the last 3,000 years, have more money than ever before, are better educated and travel the world more often that most people traveled to the big city. The average person today has more clothes than an entire family had just 70 years ago and look at the cool appliances we enjoy. Think what our Bubby would have done in today’s kitchen!

I could go on and on but you get the point. Yes, there are challenges today – lots of them! Yes, we need to make changes in many areas of life but for those 7 (or 8) days of Sukkot, put the complaints on ice and focus on the blessings. We are so privileged to be living in these amazing days, so dearest friends, enjoy them! Be happy with what you have. Live life and roll around with your children and grandchildren in the grass. Wave your lulav with a smile on your face, have fun in your Sukkah and thank HaShem for making you one of His special .002% of the people in the world. 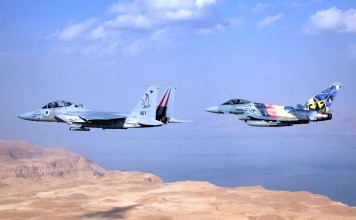 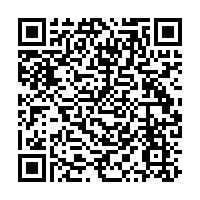