The funds for the center were kindly donated in memory of Prof. Miki Kanter by his widow, Mrs. Rachel Kanter, and their son, Mr. Eran Kanter. During the ceremony, Mr. Kanter mentioned his father Michael, and described him as a man who combined science and kindness as key factors in his life.


“Opening the Visitors Center in his memory is a natural continuation of his path,” he said.

The Visitors Center will be housed in the Schlesinger Family Center for Compact Accelerator Research which has become recognized as a global leader in the field. The center will be the first of several planned visitor centers on the Ariel University campus.

Mr. Adrian Treger, Director of Donor Relations, noted that, “Ariel University’s journey to academic excellence shares its success with our family of supporters. We thank the Kanter family for their partnership in the University’s ongoing dynamism and innovation.”

The signing ceremony took place in the presence of Ariel University President Prof. Yehuda Danon, who was recently celebrated for his extensive contributions to education in Israel, as the 2021 recipient of the prestigious Jerusalem Prize for Education. Prof. Danon thanked Rachel and Eran Kanter for their generous donation to develop the visitors’ center, stating that, “Michael Kanter worked at Ariel University for 20 years and took part in the founding of the Particle Accelerator Center.”

Today, the Center has five accelerators and is operated together with faculty members from Tel Aviv and Ben-Gurion Universities, placing Ariel University at the forefront of research in the field.

The Kanter Visitors Center with its interactive activities and digital displays will make an instructive and inspiring environment for school fieldtrips and family outings alike. There will be something to engage and interest visitors from all over Israel and provides a cutting-edge attraction on the Ariel University campus. 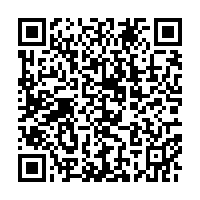