Palestinian President Mahmoud Abbas announced on Wednesday that the PA would impose a 10-month partial freeze on incitement and antisemitism in the West Bank, characterizing the move as a bid to restart stalled peace talks with Israel.

A statement released by the PA included the following:

“As part of our efforts to give impetus to peace talks with Israel and promote good relations with the United States, the PA will ask the Palestinian Propaganda Ministry to approve a limited suspension on officially sanctioned glorification of terror for a period of ten months.”

“I hope that this decision will help launch meaningful negotiations to reach a peace agreement that would finally end the conflict between the Palestinians and the Jewish state,” Abbas said at a press conference hastily arranged shortly after it was announced that Barack Obama was re-elected.

“Incitement and antisemtism have been key sticking points in U.S. efforts to restart Middle East peace talks, and this brave decision has historic implications,” said U.S. Secretary of State Hilary Clinton in a statement released after Abbas’s announcement.

However, at the press conference announcing the freeze, Abbas did note that the “far-reaching and painful” move to temporarily end official PA incitement to violence, and anti-Jewish racism, would not be implemented in East Jerusalem, only in the West Bank.

“We do not put any restrictions on perpetuating a culture of hate and terrorism in our future capital,” the President said.

The freeze applies only to new expressions of racism and incitement, as Abbas asserted it would be impossible to undue generations of antisemitic indoctrination already inculcated into Palestinian society.

Similarly, Abbas noted that they will not halt the sale of existing antisemitic publications, such as the ‘Protocols of the Elders of Zion,’ which are essential for a normal life of bigotry and scapegoating in the PA, but will certainly cease to publish new editions of the antisemitic forgery. (iPad versions of ‘Protocols’ will also be exempted from the ban.)

To clarify the parameters of the new policy, the PA issued an order detailing what is included, and what is not included, in the 10-month moratorium.

No new portrayals of Jews as apes and pigs in the PA media and schools will be allowed during the freeze. (However, there will be no end to portrayals of Jews using other animal forms, such as an octopus or any other similar animal in the cephalopod mollusc family.)

No new characterizations of Israel as a “cancer” in the PA media and schools will be allowed. (However, other deadly diseases can be used as metaphors to advance the narrative of that Zionism is a threat to the moral health of the world.  The PA Health Ministry will work with the Ministry of Propaganda to iron out any confusion regarding this policy.)

No new accusations that Israel spreads AIDS will be permitted. (However, Israel can still be accused of spreading other sexually transmitted diseases in the PA.)

No new accusations that Israel is conspiring to destroy the Al-Aqsa Mosque will be allowed. (However, denying that there was ever a Temple in Jerusalem will still be permitted.)

No new accusations that Israel steals organs from Palestinians will be permitted. (However, this should not be interpreted as a blanket ban on all blood libels against Jews.)

No new accusations that Israel conducts Nazi-like experiments on Palestinian prisoners will be permitted. (However, other Israel-Nazi comparisons will still be permitted.)

Depicting a world without Israel.

No new maps will be published in the media or in schoolbooks which airbrush out Israel’s existence. (However, other forms of denying Israel’s right to exist will be permitted.)

No new expressions of support for violence and Shahada will be permitted. (However, existing street signs, schools and town squares named after terrorists who murdered Jews will not be taken down or changed.)

Israeli Prime Minister Binyamin Netanyahu immediately announced that he would demand the 10-month freeze on PA sanctioned Jew hatred, and calls for violence, be extended indefinitely as a pre-condition for any future peace talks. 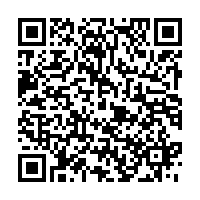