Harriet Sherwood’s June 25 report on the upcoming visit to Israel and the Palestinian territories by the Archbishop of Canterbury, Justin Welby, devoted some text to outlining his itinerary while in the Holy Land, and included this passage:

During his three days in the Holy Land, he is scheduled to visit the Church of the Holy Sepulchre, believed to be the site of Jesus’s crucifixion and resurrection; the Western Wall, the most revered site in Judaism; and the Haram al-Sharif, the site of the Dome of the Rock and the al-Aqsa mosque and the third-holiest place in Islam. All three sites are inside the walls of Jerusalem’s Old City.

However, Sherwood gets the significance of the Western Wall and Haram al-Sharif wrong – an error which she has made previously and which has been made (and at times corrected) by other media outlets as well.


Haram al-Sharif is known in Judaism as ‘The Temple Mount’ (Har Habayit), and is identified in Jewish (and Islamic) tradition as the area of Mount Moriah where Abraham offered his son in sacrifice.  It is where the Second Temple stood between roughly 515 BCE until 70 CE and – while it is true, per Sherwood, that it is the third holiest place in Islam – it is recognized as the holiest site in Judaism. While the Western Wall is the holiest site where Jews are permitted to regularly pray, it derives its holiness from its proximity to the Temple site.

Though we have credited Sherwood recently on her progress towards more fair and accurate coverage of the region, this report on the Archbishop’s upcoming visit to Jerusalem includes clearly misleading information about the significance of these Jewish and Muslim holy sites which is simply not open to interpretation.

(We recommend you consider reading a great CAMERA backgrounder on the issues surrounding the Temple Mount, here.)

Miracle in Gaza: Power Plant the Guardian Declared “Destroyed” Comes Back to Life 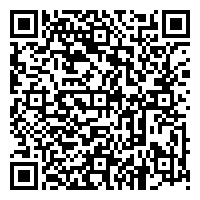