If facts and logic governed the media’s coverage of the Israeli-Palestinian conflict, then recent claims by Palestinian spokesperson Hanan Ashrawi that new Israeli homes in the neighborhood of Ramat Shlomo represent a “policy of ethnic cleansing of East Jerusalem” would be dismissed as the agitprop of the intellectually unserious.

However, not only was there no indication of incredulousness in the face of such absurd charges in The Independent’s Aug. 26 report by Ben Lynfield, but it was actually used in the headline:

As we explained in a recent post, the broad charge, believed by an astonishing number of “sophisticated” Europeans, that Israel is engaged in a project of “extermination” against the Palestinians, is one of the most easily disprovable hypotheses encountered in the cesspool of anti-Zionist narratives.

Though demographic evidence alone, showing that the Palestinian population has grown dramatically in the West Bank and Gaza since 1948, demonstrates how preposterous these claims are, the mere lack of empirical evidence has never served as much of a barrier to those committed to assaulting the Jewish state’s legitimacy.  Indeed, the laziness of ‘professional’ journalists covering the region, who typically fail to critically scrutinize such hyperbole, ensures that there is no disincentive for the practitioners of delegitimization to continue advancing these hateful smears.

The non-ethnic cleansing of Muslims from Jerusalem:

In response to Ashrawi’s charge, a real journalist could of course look at population statistics demonstrating that the number of Muslims in Jerusalem, both in total numbers and as an overall percentage, have increased dramatically since 1948.  Specifically, the Muslim population of Jerusalem increased from 1967 (when Israel unified the city) to 2011, from nearly 55,000 to over 291,000, while the Jewish population increased by a slower rate – from under 196,000 to 650,000.

The non-ethnic cleansing of Arabs from Jerusalem:

Here’s a graph illustrating the increase in Arabs (and Jews, and others) in Jerusalem between 1931 and 2009:

(Additionally, current population figures suggest that Palestinian Arabs outnumber Jews in east Jerusalem by a ratio of roughly 3 to 2.)

As you can see, whatever your views on Israel’s decision to build homes in communities in “east” Jerusalem (parts of the city previously controlled by Jordan), the charge that such construction, on lands which are currently uninhabited, constitutes the “ethnic cleansing” of either Muslims or Arabs is nothing but a lie.

If the toxic influence of pro-Palestinian propaganda wasn’t so severe, the charge that Israelis are engaged in anything resembling the ethnic cleansing of Muslims or Arabs would be regarded with the suspicion and contempt that typically greets other discredited anti-Zionist and antisemitic conspiracy theories. 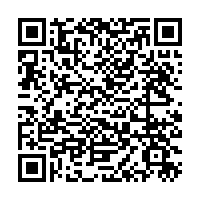