Our recent posts about the Guardian’s appalling use, on at least two separate occasions, of the term “political prisoner” to characterize violent Palestinian terrorists who murdered, or attempted to murder, innocent civilians weren’t exercises in rhetorical nitpicking.  Rather, our efforts to secure the definition of the term – which reasonable people intuitively understand as “those who are imprisoned for their political beliefs” – represents an attempt to fight back against the manipulation of language, in service of an extreme ideological agenda, by the Guardian and their fellow travelers.

Similarly, Guardian columnist Glenn Greenwald’s ongoing war against the term terrorism, which most who are not influenced by the far-left understand broadly to refer to  “premeditated, politically motivated violence perpetrated against non-combatant targets by subnational groups or clandestine agents” (or some variation of this), should be understood as a broader battle against common sense and moral sobriety.


Here is a passage from his latest post in the Guardian’s “Comment is Free”, section on April 22, entitled “Why is Boston ‘terrorism’ but not Aurora, Sandy Hook, Tuscon, and Columbine?”:

The word “terrorism” is, at this point, one of the most potent in our political lexicon: it single-handedly ends debates, ratchets up fear levels, and justifies almost anything the government wants to do in its name. It’s hard not to suspect that the only thing distinguishing the Boston attack from Tucson, Aurora, Sandy Hook and Columbine (to say nothing of the US “shock and awe” attack on Baghdad and the mass killings in Fallujah) is that the accused Boston attackers are Muslim and the other perpetrators are not. As usual, what terrorism really means in American discourse – its operational meaning – is: violence by Muslims against Americans and their allies.

Here’s another quote by Greenwald, in a post at Salon.com in 2011:

Terrorism has no objective meaning and, at least in American political discourse, has come functionally to mean: violence committed by Muslims whom the West dislikes, no matter the cause or the target.

Similarly here’s what Greenwald wrote in a post at Salon.com from 2010:

The term [terrorism] now has virtually nothing to do with the act itself and everything to do with the identity of the actor, especially his or her religious identity.  It has really come to mean:  ”a Muslim who fights against or even expresses hostility towards the United States, Israel and their allies.”

If we’re really going to vest virtually unlimited power in the Government to do anything it wants to people they call “Terrorists”, we ought at least to have a common understanding of what the term means.  But there is none.  It’s just become a malleable, all-justifying term to allow the U.S. Government carte blanche to do whatever it wants to Muslims it does not like or who do not like it (i.e., The Terrorists).  It’s really more of a hypnotic mantra than an actual word:  its mere utterance causes the nation blindly to cheer on whatever is done against the Muslims who are so labeled.

Greenwald is attempting to essentially proscribe the word “terrorism” as politically loaded, subjective, prejudiced – arguing that the urge we have to condemn such willful and intentional attacks against innocent civilians, by using such clear moral language, is necessarily compromised by a deep-seated racial animus.

First, it needs to be pointed out that Greenwald’s specific claim about the term’s “operational” use is easily refuted by the simple fact that the media, civil rights groups and federal authorities also refer to political violence which is not committed by Muslims, or Islamist groups, as “terrorism.”  Examples of groups the FBI labels terrorists, for instance, include violent anti-government right-wing groups,environmental and animal rights extremists, Sovereign citizens movements, anarchist groups, white supremacists – and even fringe extremists such as the Unabomber, Ted Kaczynski.

Greenwald’s mantra that terrorism is only used in reference to Muslims has no basis in fact.

Moreover, in addition to Greenwald’s specious implicit claim that use of the term “terrorism” is racially loaded, there is another factor involved – one which those on the Guardian-style left often try desperately to avoid acknowledging in their reports and commentaries:  That while, of course, the overwhelming majority of Muslims aren’t extremists or terrorists, empirical evidence regarding the disproportionate percentage of terrorist acts committed by those influenced by radical interpretations of Islam is undeniable. 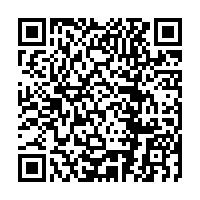