On June 27, Honest Reporting revealed The Independent‘s use of the following photo to illustrate a particularly critical story on the Israeli treatment of Palestinian child detainees.

HR noted that the photo above represented an example that featured in their Shattered Lens study on photo bias, in this case “the use of bars to portray Palestinians as “prisoners” of Israeli occupation and brutality.”

“[The photo from 2010 was] one example of how wire agency photographers resort to using camera angles and staging techniques to present a distorted picture of a given situation. In the example above, it is clear that the photographer used this technique to project an image of Gazan children imprisoned. However, the sequence of photos taken from the same scene at the time illustrates how the effect was achieved.”

“What we see above is a tiny group of Palestinian children arriving at what appears to be a pre-planned photo-op outside the Gaza industrial area presumably organized by Hamas. The photographer either willingly colludes with Hamas or is used.Next, the children have been positioned behind a gate to give the effect of a prison.”

“However, using a great deal of skill to get the right position with the right lens from the right angle, the photographer manages to create an impression of many more than the several children in the actual shot.”

This photo fraud came to mind when reading a more recent Indy report, ‘The new Israeli apartheid: poll reveals widespread Jewish support for policy of discrimination against Arab minority‘, by Catrina Stewart regarding the poll about alleged Israeli ‘apartheid’ written by Gideon Levy at Haaretz.

Stewart’s story on the widely discredited story by Levy – which elicited a retraction from Haaretz – was not the most egregious example of misleading coverage of the poll, though it did, nonetheless, convey the false impression that Israelis support ‘apartheid-like’ policies against Arabs.  The Indy report also severely downplayed results which demonstrated that a large majority of Israelis don’t, in fact, support denying the vote to Palestinians.

However, the photo they used to illustrate the story indicates that the Indy learned nothing from their previous use of misleading imagery.

(The photo has no caption.)

However, upon doing a bit of research, it turns out that the photo was taken in Gaza, and the children are looking at the body of a Palestinian terrorist (killed after IDF forces retaliated against rocket attacks near Beit Lahiya) through the window of a hospital morgue on Oct. 22.

Here’s the photo and caption at Yahoo.

While the image selected by Indy editors has little, if anything, to do with the story it purports to illustrate, the broader truth is that the Palestinian children appearing in the photo are indeed prisoners – held captive to a life of backwardness, religious extremism, violence and racism by the very Palestinians they’re seen peering at. 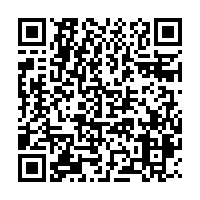