Sussita – or Antiochia-Hippos, to call it by its Greek name – sits on the eastern shore of the Sea of Galilee, towering 350 meters above Kibbutz Ein Gev. Founded around 200 BCE, during Roman times Sussita was one of the Decapolis – the ten cities.

The city was predominantly Christian from the fourth century until its destruction in the massive earthquake of January 749, after which it was never resettled. It boasts many features, including impressive fortifications, several churches and pagan temples, a commercial area, bath houses, a beautiful odeon overlooking the lake and a port on the lake shore below.


In 1951, an IDF outpost was established on the mountain which was until 1967 Israel’s easternmost point, merging with the Golan Heights.

Sussita is still being excavated by Haifa University and, if you happen to be looking for ideas for a summer holiday with a difference, it is possible to apply to join the 2013 season already.

In First, Moroccan Delegation in Israel to Promote Cooperation with Farmers 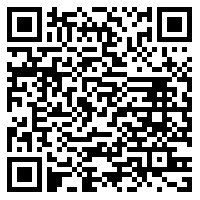