In 1985 Mordechai Vanunu left his job as a technician at Israel’s nuclear installation in Dimona.  Before leaving, however, he stole several rolls of film about the facility, which he then used to help the U.K. Sunday Times write a story that purported to expose Israel’s nuclear weapons program.

Vanunu was convicted of treason and espionage in 1988 and was released after serving 18 years in prison.  After his release, he exclaimed that he was proud of what he did.


Vanunu is still subject to travel restrictions (and other limitations) as he continues to be considered a serious danger to Israeli security owing to the fact that he holds state secrets that have not yet been published and which he reportedly said he would reveal.  Israeli courts have upheld the legitimacy of the state’s concerns, ruling that Vanunu has not changed his ways and has “repeatedly violated their injunctions” by maintaining ties and contact with the media and other parties.

Naturally, Vanunu is something of a cause celeb at the Guardian, which has published no less than 75 separate pieces (reports and commentary) on the convicted Israeli felon, including an official editorial lauding him, entitled “In Praise of…Mordechai Vanunu.”

In a 2004 interview with Amy Goodman, published at the extremist site CounterPunch, Vanunu accused the Israeli government not only of unjustly imprisoning one man, but of “betraying all of humanity and the world.”

Is there really any mystery as to why Vanunu is so admired by the Guardian? 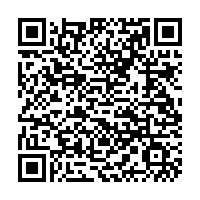