Fans of this blog have often asked why we do not monitor British media institutions other than the Guardian for anti-Israel bias – a query to which we have not had an answer.

Recognizing the importance of the BBC in shaping world-wide opinion, a new site, BBC Watch, has been launched which will monitor BBC coverage of Israel and the Middle East.

BBC Watch – a sister project of CiF Watch with the independent support of the Committee for Accuracy in Middle East Reporting in America (CAMERA) – will provide comprehensive monitoring of the BBC’s coverage of the Arab-Israeli conflict in order to ensure adherence to the BBC’s own editorial guidelines.

A few of the more egregious problems at the BBC will be familiar to many CiF Watch readers:

* The BBC demonstrates a disproportionate focus on Israel in relation to other countries in the Middle East – a trend which continued even through the ‘Arab Spring.

* The BBC’s Middle East editor frequently displays an egregious lack of objectivity, portraying Israel in an overwhelmingly negative light and the Palestinians in a positive light.

* The BBC is self-regulating, and has been less than transparent and open to change in response to substantive criticism.

Inspired by CiF Watch’s success in holding the Guardian accountable, BBC Watch will strive to curb the spread of inaccurate or misleading information and distortions at the BBC by fact-checking and providing relevant historical context and complimentary information .

In the case of an organisation as widely viewed, heard and trusted as the BBC, it is vital that misinformation be corrected before it spreads world-wide.

Two organisations which formerly monitored BBC output – ‘Just Journalism’ and Trevor Asserson’s ‘BBC Watch’ website – have ceased operations in recent years, exacerbating the need for close and regular monitoring of the world’s most influential broadcaster.”  BBC Watch will seek to build upon and develop the work already done by those organisations in order to continue the monitoring of BBC output on the subject of Israel and to examine the broadcaster’s adherence to its legal obligation to produce accurate and impartial reporting as a service to its funding public.

The BBC’s responsibility, as defined in the Royal Charter, includes the obligation to inform its funders – i.e. the license fee-paying British public.  This obligation is emphasized in the agreement between the BBC and the Secretary of State for Culture, Media and Sport:

In developing (and reviewing) the purpose remit for sustaining citizenship and civil society, the [BBC] Trust must, amongst other things, seek to ensure that the BBC gives information about, and increases understanding of, the world through accurate and impartial news, other information, and analysis of current events and ideas.

BBC Watch intends to diligently hold the BBC accountable to this standard. 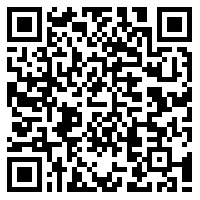