Is Sinai historical? No, nor is it supposed to be, as the Torah is not meant to be a history book. But does it belong to the realm of myth, metaphor or mnemohistory? No; at least, I don’t believe so. Sinai is not history; Sinai is a happening. It is an integral part of the Jewish people, as is evidenced by the Bible itself and all that comes after it. Sinai is continually referenced in Scripture, as are the Patriarchs and the Exodus. There are miracles intertwined in those events, but they take place in a world recognizable to us, unlike Eden, the Deluge and the Tower of Babel. Recognizing Sinai as a real event, an occurrence, a happening is essential to our Jewish identity. The details have been and will continue to be debated for a long time. But that doesn’t change or challenge our identity as souls who stood at Sinai. 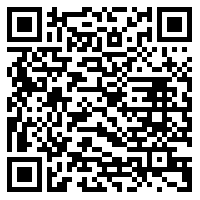