When I came to live in Israel decades ago it seemed as if there was a neighborhood grocery on almost every street. You could buy milk, cheese, bread and some other things you always need but always forget to buy elsewhere. One of the things you could buy was half a loaf of bread. Yup, you could walk into the grocery and ask the grocer to cut you half a loaf of bread, right there in front of your eyes. That was great for a young couple who didn’t need more for couple of days. And it was especially great if the loaf was cut for you rather than receiving a leftover half from a loaf already cut.

I think it’s been maybe twenty years or more since I’ve seen a loaf cut in half like that, but this week I was reminded of it all.

Before the Sabbath I heard on the radio that Australia was getting ready to recognize Jerusalem as the capital of Israel. That really shouldn’t have been news since, after all, Jerusalem – or Yerushalayim as its real name is – has been the capital of the Jewish people for about three thousand years. Yet Israel is the only country in the world in the world denied the basic right to decide for itself where its capital city is, in spite of the fact that Jerusalem has been our capital much longer than almost all the countries represented today in the United Nations. We don’t really need for anyone to recognize Jerusalem as Israel’s capital any more than we need someone to recognize that the sky is blue. I already know the sky’s blue; there used to be “sky-blue” popsicles when I was a kid. Still – even though we already know and live with the truth, it’s nice to hear some other country’s foreign policy be more factual, actual and even-handed. Also – Australia is a popular country in Israel where we still remember the charge of Australian cavalry on Beer Sheva in WWI.

The announcement was to be made by the Australian government on the Sabbath. As an Orthodox Jew observing the Sabbath according to Jewish law, I don’t use a phone, computer, T.V. or radio for about 25 hours every Sabbath, from before sundown Friday until about an hour and a half after sunset Saturday. You should try being “unconnected” at least one day a week: it gives you the opportunity to be much more connected to yourself, your wife and immediate family.

So I wouldn’t hear the announcement as it was being made nor would I hear the discussions on the media about the declaration after it was made. It was only after the announcement was made and the story passed out from being the top story in the media did I get the particulars: Australia had recognized Jerusalem as our capital… sort of.

Australia had recognized something called West Jerusalem as Israel’s capital. If you look at an atlas from a hundred years ago, maps depicting the Holy Land since Adam (well, not literally), you will not find a West Jerusalem. The division of the Holy City of Jerusalem into west and east was the result of the Arab-initiated war against the nascent Jewish state that resulted in a 19-year illegal occupation of part of Jerusalem – including the ancient portion, the Old City – by the invader state of Jordan. So the good people (seriously, not facetiously) of Australia recognized the newest part of Jerusalem as Israel’s capital – but not the part of the backwater- town-turned-national-capital-by-King-David part of Jerusalem.

That’s half a loaf.

Some say that half a loaf is better than no loaf at all. Some European states hastened to remind everyone that from their lofty moral position – as perpetrators of centuries of anti-Semitism, starting with the Greek invasion of our land and the Roman destruction of Jerusalem and the Second Temple, though generations of persecutions and prejudice, culminating in the Holocaust – that the Jews don’t deserve even half a loaf until they make nice with the people who hate them and refuse to recognize their right to exist!

Well, thanks Australia for half a loaf. I guess we’ll have to wait another 70 years for the other half. 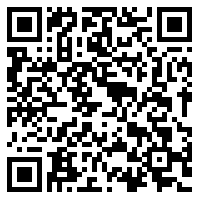