UNESCO has once again showed itself to be detached from reality, morality, justice and from a shred of truth. The rash of Arab inspired resolutions claiming the Temple Mount to be a special holy place for Islam while denying any connection between the Jewish Nation and Yerushalayim (Jerusalem) or the Temple Mount, is totally detached from any reality: historical, biblical, archeological or theological. Let’s look at some facts:

The Bible commands every Jew to go to the Temple in Jerusalem three times a year.
Islam’s holy city is Mecca; there is no commandment to go to Jerusalem.

At every Jewish wedding, the groom breaks a glass under his foot in memory of the destruction of the Temple in Jerusalem. He then says “If I forget thee, O Jerusalem, let my right hand be forgotten (let me loose the power of action); let my tongue cleave to my palate (let me loose the power of speech) if I do not remember you [Jerusalem], if I do not raise Jerusalem above all my happiness” (Psalm 137).

Jewish law teaches to leave a space on the wall opposite the entrance to our houses, empty of paint, in memory of the Temple in Jerusalem.

Jewish law dictates three weeks of mourning in the summer in memory of the destruction of the Temples, and a fast day of 25 hours on the day that the First Temple and the Second Temple were destroyed.

Comparable laws and customs about Jerusalem in Islam? Zero (0). What does Islam have to say about Jerusalem? Basically – nothing. The holy city of Islam is Mecca.

Jerusalem was and is the eternal capital city of the Jewish nation and the location of its Temple.
Number of Arab or Islamic entities that ever made Jerusalem its capital – zero (0).
Jordan, the Arab state that illegally occupied Jerusalem from 1948 to 1967, did not move its capital from Amman to Jerusalem.

Saladin – the supposed great redeemer of Jerusalem from the infidel European Christians (who by the way is buried in Damascus, not Jerusalem) – actually spent most of his career fighting other Muslims in his quest for an empire. In 1229, only 42 years after Saladin’s occupation of Jerusalem, his nephew, Al-Kamil, ceded the city to the European Christians.

So much for the importance of Jerusalem in the eyes of the Arabs and Islam!

There may be a silver lining to the murky, polluted cloud of the absurd and fabricated UNESCO resolutions denying the eternal, connection between the nation of Israel and Jerusalem in general and the Holy Temple Mount in particular. These resolutions were proposed and lobbied for by the Arab states, particularly by Jordan and the Palestinian Authority to whom “the world” is pressuring us to make peace by giving away parts of our already tiny homeland. That they are so eagerly propagating such shameless, bald-faced lies, should be a clear lesson to all that honestly care to see and learn. Those living in Lalaland, or just plainly anti-Semitic, will miss this lesson. They’ll continue scapegoating Israel for all that ails the world, but the honest people will realize that such shameless liars who deny the obvious are not competent to make peace and run a state.

In this very week the Israeli Antiquities Authority made public, by chance, the finding of a 2,700 year old papyrus, written in Hebrew: “From the female servant of the king (a women served as a royal official), from Naarata (near Jericho), two containers of wine, for Jerusalem”. In Hebrew, not Arabic, to the Jewish king in Jerusalem, where the Jewish Temples stood. 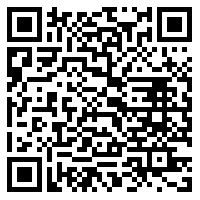