From UNRWA, a September 26 press release:

We, members of the League of Arab States and other supporters of the United Nations Relief and Works Agency for Palestine Refugees in the Near East (UNRWA), met today in New York under the chairmanship of the Secretary-General of the United Nations and the Secretary-General of the League of Arab States to reassert our support for UNRWA’s mandate in providing assistance and protection to Palestine refugees and to identify practical ways to strengthen that support.

The Arab League has been promising to fund 7.8% of UNRWA’s core budget since 1987?


Forget that this amount ($50.7 million) would be less than Sweden gives UNRWA by itself. Forget what a joke it is for oil-rich Arab states, who continuously claim that the plight of Palestinian Arabs is their most important issue, bragging about pledging a mere 7.8% of the core budget (and no promises for the emergency funds UNRWA regularly demands, such as currently in Syria.)

In fact, a glance at the 2013 budget shows that the members of the Arab League pledged not 7.8% of UNRWA’s core budget this year – but 3.3%! (This document only shows government contributions, not individual NGOs and foundations.)

So even the inadequate 7.8% promise is an empty lie. And traditionally the Arab states have paid far less than what they pledged!

Everyone in the Arab world knows that none of them care about their Palestinian brethren, as this cartoon showed. . But this is hushed up when they talk to the West about how important the issue is to them. 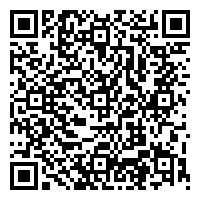