A reporter from Al Quds al Arabi asked Karen Pierce, the British head of the UN Security Council this month, whether she renounces the Balfour Declaration, whose 102nd anniversary was Saturday.


She said, not at all, and that Britain remains proud of its role in creating Israel (despite itself.) She then went on saying that Britain supports a two state solution.

Arab media are upset. Egypt’s Youm7 said her statement “provokes Arabs.”
Hanan Ashrawi on Saturday demanded not only that Britain apologize for the declaration and to immediately recognize a Palestinian state on the so-called 1967 borders, but that Britain should compensate the Palestinians for their suffering.
The Democratic Reform Movement of Fatah echoed Ashrawi’s words, adding that the world must “submit to the principle that there is no peace, security and stability in this region of the world until the restoration of our people’s rights, the first of which is the right to independence and the building of its state and its capital Jerusalem.”
A handful of bored looking people make a half-hearted protest at the British embassy in Amman, Jordan.
Advertisement 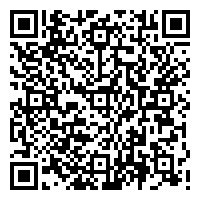