Time had a reader poll for “person of the year.” Egyptians stuffed the ballot boxes to vote for Gen. Abdul Fattah al-Sisi, and he won. Popular pro-Sisi Egyptian newspapers ran daily stories urging readers to vote.


Time doesn’t choose the person of the year based on votes, though. Its editors choose who will be named the biggest newsmaker.

Yesterday, Time revealed its Top Ten list of candidates for Person of the Year – and Sisi is not on the list.

Najib is furious, saying that time violated all professional rules by not including Sisi. Moreover, he says, Time is owned by a Jew (I couldn’t figure out the name, something like Jules Meyer – of course, Time is a publicly traded company and has no single “owner”).

He said that Time’s snub “reveals the dirty war waged by the Western media against Egypt… This is not new for the Western media, which is controlled by Jews and Zionists, to stand against al-Sisi.” 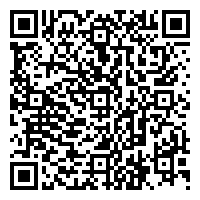