I have asked some of my columnists and others to write a paragraph or two on whether Benjamin Netanyahu should resign. Here are some of their answers:

The famous Chinese curse, “you should live in interesting times” does not begin to cover what we are going through now. We have one US politician who claims ancestry from American Indians who is partial to a Palestinian Arab dictator who claims to be descended from the ancient Plishtim. Another contender for the Democratic presidential nomination is Jewish, and when he is not busy gaining support from antisemites, he is announcing his plan to transfer US funding from Israel to Hamas terrorists.

Meanwhile, in Israel itself, we watch as arguably one of the ablest and most successful Israeli leaders in its short history is being indicted on charges and in a process that have both been brought into question. Waiting in the wings are contenders who, while not as unserious as those looking to run for president of the US, are still untested. The prospect of a third election, with no greater prospects than the first two, awaits. Meanwhile, the PIJ wants to come out from under the shadow of Hamas while Hamas itself gleefully watches the divisiveness and uncertainty Israel is facing. It is not easy, sitting here in Galus, to watch all this. Those in Israel who are eager to bring down Netanyahu no matter what the cost to the country, and by extension to World Jewry, are not about to stop — at this point they couldn’t even if they wanted to. The choice is in the hands of Netanyahu. It is an unenviable one, because the future of Israel is unclear even if he steps out of the way. But that may be what he needs to do.

Bibi Should Not Resign
I don’t see any reason for Bibi to resign. There is a strong feeling that the judiciary is corrupt, that the charges are not serious, and that the judiciary, being left-leaning, is trying to take down a politician that does not serve its interests. The proof? About half the country voted for Bibi in spite of the allegations against him. That doesn’t mean that Bibi is not corrupt, but he’s probably not the devil incarnate, and the charges are just silly. Bibi can handle his legal issues at the same time he is serving. It’s just another ball for him to juggle.

Yes, he should resign. He simply can’t do the job under these conditions.
Having said that, the prosecution was unfair. The nightly “revelations” on the TV news based on illegal leaks from the police and prosecutors, were an atrocity. He should receive immunity just for this, and the leakers should be punished.
Bibi has been a great prime minister, maybe the greatest. He has his weaknesses, but so do we all. And it is also not clear that media coverage should be a quid pro quo for bribery. But he has been PM long enough.
The Americans have got one thing right: removing a head of state should be a political process. The justice system should be dragged into it; it is corrupting and dangerous. And maybe term limits is not a bad idea either.

My own feelings are closest to Vic’s. I don’t see how Bibi can govern effectively with an indictment over his head. I dislike conspiracy theories that implicate the police, attorney general and justice system – which I defend in other contexts – are suddenly corrupt.

As far as who can do Bibi’s job – at the moment, no one, but Bibi would be gone one way or another eventually, and I have faith in Israel’s democracy that other leaders can arise, or at least not screw up too badly until a real visionary can come along.

One more post-length response coming up next from Forest Rain. 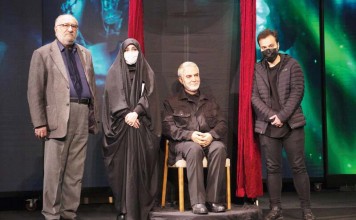 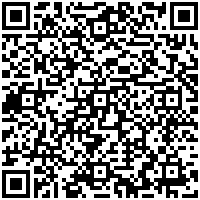