In 2012, as the Syrian civil war raged, Hamas moved its headquarters out of Damascus.

Khaled Meshal moved his offices to Doha, and his deputy Abu Marzouk moved to Cairo.


Now it looks like Egypt is not going to tolerate Hamas’ presence there for much longer.

Egypt, which has labeled the Muslim Brotherhood a terrorist organization and has accused Hamas of complicity in some Sinai terror attacks, is reportedly considering expelling Abu Marzouk. Hamas is expecting to be kicked out, and is considering either consolidating its offices in Doha or movng Abu Marzouk to Gaza, which is seen as less likely.

A few months ago there were rumors that Hamas’ position in Qatar was similarly threatened, and that it was considering moving to Khartoum, as the Arab world has become less tolerant of an organization that was flying high only a year ago. 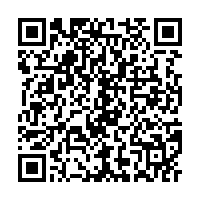