I’ve seen lots of articles, retweeted hundreds of times by people who pretend to be humanitarian, about how Israeli prisons are going to be hotbeds of coronavirus because of crowding and lack of medical aid – both of which aren’t true. Indeed, there are still no cases of COVID-19 in Israeli prisons with Palestinian prisoners.


But the prisons in the rest of the Arab and Muslim world? Practically no one cares:

Egyptian authorities have rejected pleas to free up overcrowded jails, continuing to imprison dissidents even as COVID-19 infections in the country rise.

One former detainee, who preferred not to be identified out of fear of repercussions, said there was a “catastrophe brewing in prisons” in the country because of unsanitary conditions and overcrowding.

He spent around two years in a cramped cell with some 25 other men in the Borg al-Arab prison, near the northern city of Alexandria, and recounted how a hole in the ground functioned as a rudimentary bathroom for showering and as a latrine.
“We had a tattered blanket that we used as a door for privacy, and the little running water we had… would wash away all the filth on an already dirty cement floor,” said the former inmate, who was released in late 2015.

“We slept on our ‘swords’, meaning we lay on the floor next to each other on our sides. You couldn’t sleep on your back, that was out of the question because of the lack of space,” he added.

In war-torn Syria, the pandemic has put a spotlight back on the plight of political prisoners and long-term detainees.

“The crowded meeting room is an ideal place for the virus to spread,” he wrote, since many families have been forced to visit in person.

Because so many reporters are covering a non-existent crisis in Israel, there is no oxygen for real issues in the Arab world to be publicized.

And prisons aren’t the only issue. There have been scores of articles about how the water shortage in Gaza will inevitably bring an out-of-control epidemic – even though as of yet all cases in Gaza have been contained and there haven’t been new cases in weeks.

Some 74 million people in the water-scarce Arab region are at greater risk of catching the novel coronavirus because they lack a sink or soap at home, the United Nations said Wednesday.

This includes 31 million people in Sudan, more than 14 million in war-torn Yemen and 9.9 million in Egypt, a UN report said.

An estimated 26 million refugees and displaced people are at greater risk of contracting the illness region-wide, as they lack adequate access to water and hygiene services, ESCWA said.

Why are there so many articles about 2 million Gazans who don’t have adequate water and so few about the other 72 million people in the region who have the exact same (or worse) problem?

The answer, as always, is that if Israel cannot be blamed, the news media is not interested. And when they are not interested, there are far fewer stories being filed, and those stories get ignored by editors who prefer the “blame Israel” stories that fit the anti-Israel narrative.

So we see yet another op-ed, this one in the Washington Post, from a well-known anti-Israel liar, falsely claiming that Israel doesn’t allow medical aid to Gaza, when no one can point to even a bandage that has not been allowed in:

If Israeli authorities do not act to immediately lift the siege and allow in more urgently-needed medical and other supplies, the virus will ravage not just Gaza, but Israel and other countries in the region as well. After all, viruses do not respect checkpoints or national boundaries. How can you put out a fire when gasoline is pouring on it from one side?

Israel must immediately lift restrictions on supplies and equipment entering Gaza and ensure Palestinian doctors and nurses have the resources they need to ensure the health and safety of their patients.

The massive coverage over the past five weeks of a crisis that never happened crowds out coverage for the actual crises in Egypt, Syria, Iraq and other Arab and Muslim countries who have far more people at risk than the total number of Palestinians. Limited aid dollars are disproportionately sent to the one place where people aren’t dying of COVID-19 and not sent to NGOs that can actually help millions of other Arabs. 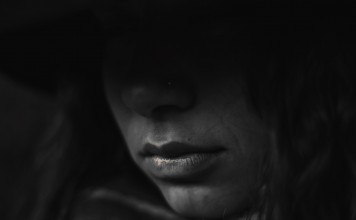