“It does not make sense to fight the Jews as long as the Houthi group exists,” said Sheikh Huthi.

(There are rumors that Tehran instructed the Houthis to get rid of the “Death to America” part of their slogan! The rest of it is OK, though.)

It’s so comforting to know that my people are now second in line for slaughter by Yemeni Sunnis. This makes them moderate!

Perhaps the well-known Islamic slogan should be changed to “First the other Friday people, then the Saturday people, and only then the Sunday people.” 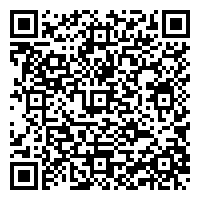