Karl Vick in Time does what he always does:

Two decades ago, the word Oslo evoked everything the Middle East normally refuses to provide: hope, trust and compromise. Israelis and Palestinians, two peoples claiming the same biblical lands, had rarely talked peace with each other before in a serious way. Then, in the space of four months, their leaders secretly agreed upon a set of plans — the Oslo accords — that promised an end, once and for all, to the violent conflict between them. The diplomatic achievement was sealed on the White House lawn on Sept. 13, 1993, with a signing ceremony and a handshake between Palestinian leader Yasser Arafat and Israeli Prime Minister Yitzhak Rabin.

The reality came home nine months later, in July 1994, when Palestinian guerrillas led by Arafat ended 27 years of exile by rolling into the Gaza Strip escorted by Israeli soldiers. “From the moment we entered Gaza, it looked like, my God, really peace has come,” says Nabil Shaath, one of Arafat’s lieutenants. “We were doing things fast.”

The momentum ended on Nov. 4, 1995, when a radical right-wing Jewish settler shot Rabin dead at a peace rally in Tel Aviv. In that moment, many historians have argued, the Oslo accords suffered a fatal blow. Without Rabin to reassure a nervous Israel that Oslo was a genuine path to peace, extremists quickly began to drive events on both sides.

Were things wonderful and peaceful and hopeful between July 1994 and November 1995?


During that time there were dozens of drive-by shootings of Jews on the roads, as well as stabbings. On August 26, 1994 – Shlomo Kapach, age 22, and Gil Revah, age 21, were killed at a Ramle building site, and the PA protected their killers.

On January 22, 1995, a double suicide bombing at the Beit Lid junction near Netanya killed 21 others.

On April 13, 1995, a suicide bomber blew himself up at the Hadera Central Bus Station, killing 5 and injuring 30.

On July 24, 1995, 6 civilians were killed when a terrorist blew himself up on a bus in Ramat Gan.

On August 21, 1995, three Israelis and one American were killed when a terrorist blew himself up in an attack on a Jerusalem bus.

But none of those deadly attacks – and these are only a few of scores of them – are considered by Vick to have harmed the Oslo process. No, Arab violence is never the problem. Only Jews are responsible for ruining “peace.” The dozens of Israelis killed before Rabin’s assassination weren’t killed by Arab extremists, according to Vick – their extremism only started after Rabin’s assassination.

Beyond that, Vick is clearly unaware that Rabin never advocated a Palestinian Arab state. He never advocated dividing Jerusalem. His last speech in Knesset before his assassination described his red lines:

We would like this to be an entity which is less than a state, and which will independently run the lives of the Palestinians under its authority. The borders of the State of Israel, during the permanent solution, will be beyond the lines which existed before the Six Day War. We will not return to the 4 June 1967 lines. …First and foremost, united Jerusalem, which will include both Ma’ale Adumim and Givat Ze’ev — as the capital of Israel, under Israeli sovereignty, while preserving the rights of the members of the other faiths, Christianity and Islam, to freedom of access and freedom of worship in their holy places, according to the customs of their faiths. The security border of the State of Israel will be located in the Jordan Valley, in the broadest meaning of that term…

So who are these anonymous historians that Vick confidently quotes, and what are their credentials?

Violence erupted in 2000, and Israel’s peace camp was destroyed in the face of the ensuing wave of Palestinian suicide bombings. The center of Israeli politics shifted firmly to the right.

“Violence erupted” as journalists have done hundreds of times, Arab terror is something that simply happens by itself, without any responsibility.

A Time To Cancel 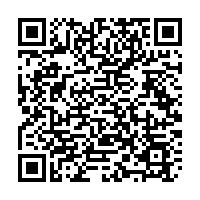