The most obvious effect on the Egyptian crackdown on smuggling tunnels to Gaza has been the shortage of petroleum.

Egypt’s destruction of the tunnels has brought Gaza transportation almost to a standstill, and there are a number of stories in Arabic media about how difficult it is for Gazans to get to work or school.


According to some reports, Gaza fuel buyers are negotiating with the PA to work out a deal to pay Israel for petroleum that can be imported into the sector. Israel used to sell fuel to Gaza but Hamas stopped that practice and instead relied on smuggled (and subsidized) Egyptian fuel.

That way, Hamas could control the fuel by controlling the tunnel trade, and it could tax the fuel at will.

Israeli fuel is at market prices so it will be more difficult for Hamas to make money from the imports.

A couple of years ago, Hamas converted the power plant in Gaza to run on ordinary smuggled petroleum rather than the special fuel it was using to stop its dependence on Israeli-sourced fuel. I have not yet read about widespread power outages, although I have seen threats that it would run out of fuel very soon. It is unclear how Gaza’s power plant continues to operate.

Israel has no restrictions on exporting fuel to Gaza. The only restrictions have been put in place by Hamas. In the past, Hamas staged “blackouts” for the media when in fact it could have gotten fuel from Israel, albeit at market prices. 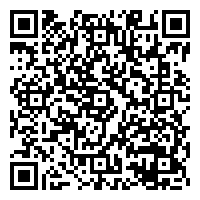