As anti-Israel activists try to bring Sheikh Jarrah back in the forefront of the world’s attention, a simple question comes up.

According to Israeli legal rulings, if the residents of the homes that are in the news would just pay rent to the Jewish owners, they cannot be evicted, ever.
If people are really concerned about three families perhaps becoming homeless, then why doesn’t anyone just pay the rent?
The reason: Honor. By paying rent, it would be admitting that Jews own the homes, which has been proven time and time again over four decades of legal rulings.
But the people who are making the decision not to pay the rent don’t appear to be the residents. According to a Jewish Press article, the entire case has been taken over by the PLO and they are the ones who are deciding what is best for the residents – meaning, no compromise, no accepting deals, no paying rent.
To the PLO, it is more honorable for the residents to be homeless than to admit that Jews own the homes.
Of course, Palestinian leaders don’t have to pay the price for making a decision like this. They are forcing the hapless residents to adhere to the Higher Principle of Palestinian Honor: Sacrifice yourself for our principles.
This is a pattern.
If you point out that Israel has offered many peace deals that were rejected by Palestinian leaders, the apologists for the Palestinians say “the offers weren’t good enough.” What does that mean? Does it mean that perpetual statelessness is better than a statehood that falls short of the demands?
As always, the leaders – whose lives are not affected by the lack of a state one bit – are forcing the people to adhere to their false sense of honor, to the people’s detriment.
Palestinians are told not to buy from Israeli markets – because of “honor.” Instead of returning stolen Israeli cars to Israel, they are crushed – because of “honor.” Jews are not supposed to walk and pray on the Temple Mount – because that violates “honor.” International incidents are threatened if Jews march around their capital with flags – because that is an affront to “honor.”
You know what is really honorable? Peace! A peace where Palestinians can raise their families in dignity. A peace where they have autonomy. A peace where they work together with their Jewish neighbors, instead of acting as if the Jews don’t belong on the land that was Jewish 1500 years before any Arabs ruled there.
The misplaced sense of honor is the single biggest obstacle to peace in the Middle East. It is obvious that this honor is misplaced because we see that the UAE and Bahrain and Morocco have not sunk into an abyss of shame after normalizing relations with Israel. On the contrary, they are expected to reap huge benefits from peace – which is the most honorable thing possible?
Palestinian leaders cannot fathom that.
As long as they cling to their fake honor, they will remain in a state of shame. 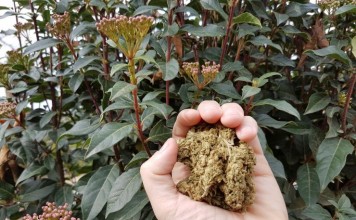