We’ve seen before that Hezbollah likes to pretend that the Islamist Sunni groups fighting it in Syria are allied with Israel, but this latest pronouncement from them looks like they are trying to start a meme.

The Lebanon’s Hezbollah Resistance Movement vowed to curb what it called Takfiri-Zionist attacks against the resistance party and the Lebanese Army.


“We assure our people … that we will continue to respond against these brutal (Takfiri) forces and their ongoing aggression will be destroyed through the pillar of the national strategy,” Lebanese Parliamentarian from Hezbollah Hussein Moussavi said in a Thursday statement, Al-Alam reported.

Moussavi said both Hezbollah and the Lebanese Army are the target of Israeli-backed Takfiri groups.

“The ‘Army, People, Resistance’ (formula) is now the target of Takfiri-Zionists,” he said.

“What happened in recent days, from the assassination of (Hezbollah) commander Hassan Lakkis to suicide bombings on Army checkpoints in Sidon all the way to the bloody bombing in Labweh in the Northern Bekaa, confirm that the Zionists and Takfiri groups are two sides of the same coin,” he added.

Moussavi said Hezbollah deems those attacks an “aggressive decision and an extension of the war imposed on Syria and its environs.”

“This war,” he continued “has been approved by the Zionist and Takfiris together.”

They repeat it over and over again, so it must be at least partly true, right? I mean, that’s pretty much thought process that make so many idiots think Israel is an “apartheid” state, right? 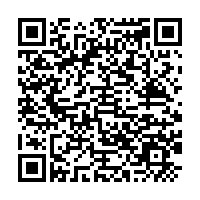