Over the past week or two, we have seen numerous threats from Iran and from Syria that any US attack on Syria would result in Israel being attacked.

The latest comes from an Iranian Chairman of the Majlis National Security and Foreign Policy Committee Alaeddin Boroujerdi visiting Damascus:

“The Israeli regime will be the main loser of any military action in Syria,” Boroujerdi said at a press conference in Damascus on Sunday after a meeting with Syrian President Bashar al-Assad.

He added that Tel Aviv has so far been defeated four times by the resistance and emphasized that it would suffer a fifth defeat if it launches another war.

“Military attack on Syria will set the entire Middle East region ablaze and will put the security of the Zionist regime [of Israel] in jeopardy,” the Iranian lawmaker stated.

So how likely is it that there will be an attack on Israel if the US drops a few bombs on Syria?

Iran is not going to attack Israel directly. It wants to maintain the illusion that it is not an aggressive country; it hides its attacks behind others. It also doesn’t want to risk Israel responding with an attack on its nuclear facilities.

Syria is not likely to attack Israel. Assad has no desire to open up another front in his mostly deadlocked war. Already, we have seen Israel attack Syria directly to bomb weapons on their way to Lebanon with no response. While Saddam Hussein attacked Israel during the first Gulf War it was meant to draw a response that would bring the Arab world to his side, but today the Arab world would not mind too much if Israel responded forcefully against the Syrian regime.

It is doubtful that Hezbollah wants to start any attack on Israel. It is already stretched thin with thousands of troops in Syria, and battling its image in Lebanon as the residents of that country are increasingly upset at Hezbollah’s adventurism and its slowly dragging them into a war they want nothing to do with.

For its part, Hezbollah has been stubbornly silent among the Lebanon/Syria/Iran axis as to how any attack would affect Israel.

However, Hezbollah is not an independent actor. It is effectively an arm of Iran’s Revolutionary Guard. If Iran demands that Hezbollah shoot rockets at Israel, Nasrallah cannot say no. And as we noted, Iran likes to hide its aggression behind others.

If this is a war of rhetoric. Syria and Iran think that they can dissuade Western powers from acting because of threats to Israel. Since they are quite subject to psychological projection, it makes sense that they themselves can be dissuaded from using Hezbollah to attack Israel with counter-threats to them directly. While I don’t think Israel should attack Iran (unless it is to use it as an excuse to neutralize their nuclear program that is quickly approaching a point of no return) a promise to respond to the real sources of the bombing might make Iran and Syria think twice before instructing Hezbollah to attack. 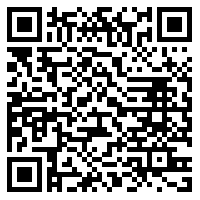