{Originally posted to the author’s blogsite, The Elder of Ziyon}

It has to be the most shocking presidential election result in history.

It is easy to insult Donald Trump and he did a lot during his campaign that deserves insulting. But the race is over and both the US and the world has to deal with the results.

What is undeniable is that Trump’s campaign was genius, and the genius was his, not his advisers or handlers. He managed to tap into, and stoke,  a strong undercurrent of a desire for change by the average American. And that desire is shared not only by white males who never attended college that his critics claim is his base. Trump equaled Clinton in both white men and women voters with college degrees as well; and clearly he did much better than expected among non-whites and women who were considered a lock for Clinton. His appeal was far wider than one would have expected from the polls.

Like George W. Bush, Trump was underestimated by his critics (and by me as well.) He beat what was probably the most professional presidential campaign ever. His seeming recklessness in language and his cringeworthy spontaneity appealed more to the average American than the tightly scripted, expert-run Clinton camp where every word was measured before being released and where her own personality was never seen. Indeed, it is possible that his outrageousness was calculated specifically to counter Clinton’s stiffness. Don’t forget how he managed to take apart each Republican opponent as well.

Trump was in this to win, and none of the so-called experts really believed that.

The question is, what will he actually do as President?

The Republicans who opposed him will be licking their wounds but don’t have any chance to build an alternative conservative base. The Democrats will be bitter about this for the next four years – if you thought Bush derangement syndrome was bad, you ain’t seen nothing yet.

But Trump already proved that he is a political genius that outsmarted his critics from both sides of the aisle. He clearly has the instincts and the strategic ability that is in a different league than the pundits and consultants. It is the same smarts that gave him hit TV shows and his ability to market his name.

Will that talent translate to his ability to lead? Will he be able to both work with and transform the US government? The jury is out, but people who underestimated him since he announced his candidacy are likely to do the same for his presidency – just as they did with Reagan and GWB.

I don’t think we have any idea what Trump’s true policies will be for the Middle East. Everything we have heard so far was said in the context of winning an election, and has little to do with what Trump really believes. My impression is that he will  almost certainly be more hands-off than most presidents have been towards the region.

In reality, though, no one knows the real Donald Trump outside his family. All we do know is that he is much, much smarter than he has been given credit for, and we now have no choice but to hope that his campaign brilliance will translate into his ability to change America into a better direction than it has been going. 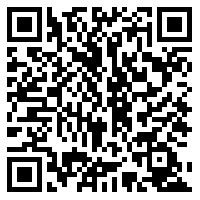