Laura Adkins writes on Twitter, “The most wild thing about the @Sethrogen controversy, to me, is not that his remarks were stripped of context or that everyone’s jumping to make his words fit their own narratives (those are par for the course.) What’s wild is that the organized Jewish community spends tens of millions trying to reach Jews like [Seth] Rogen (liberal, unaffiliated, under 40, no kids, upwardly mobile) who hold generally similar views about Judaism and Israel. And yet, he’s been widely vilified. Quite a recruitment strategy!”


She has a point, and a discussion on how to reach out to Jews who don’t know the first thing about the reality of Israel (or Judaism) is one that needs to happen.

But IfNotNow adds: “What if – just hear us out – they stopped supporting and upholding the Occupation? Taking a strong stand for freedom and dignity for all, instead of putting our ostensibly shared progressive values through a woodchipper, would appeal to so many young Jews. “

How would left-wing anti-Zionist groups act if Israel would forcibly remove 600,000 Jews from their historic homeland? Would groups like IfNotNow wither and die?

Of course not. The “occupation” is an excuse, not a reason, for rabid anti-Israel hate. And the easiest proof is to look at the anti-Zionists of the 1950s – before “occupation.”

The most prominent anti-Zionist group then was the American Council for Judaism, led by reform Rabbi Elmer Berger.  He fought against Israel before 1948, and fought against Jewish Holocaust refugees settling in Israel. After Israel became a state he kept going, just changing his arguments. The ACJ spent much of the 1950s arguing that Israel’s Right to Return law somehow made American Jews automatically disloyal to the United States.

In a pamphlet entitled “Four Articles on the Law of Return,” Berger wrote, “The thesis of the American Council for Judaism is that the Zionist-lsrael axis imposes upon Jews outside of Israel, Americans of Jewish faith included, a status of double nationality.”

This argument is laughable and the only people who use it today are fringe Arabs. But the ACJ, like IfNotNow and other anti-Zionist Jewish groups, aren’t interested in logic – just in finding whatever arguments they can to help destroy Israel.

Alfred Lilienthal was another prominent anti-Zionist. His 1953 book “What Price Israel” twists the “dual loyalty” argument not as if it is a fact but that it is a weapon that antisemites can use against American Jews – and he used his supposed concern over how antisemites would act as a reason to end Israel.

He then went on to engage in his own antisemitic tropes, as this book review in Political Research Quarterly writes:

According to Lilienthal, the creation of Israel was “executed by a strategy board of immense international influence” which resorted to intimidation and underhanded methods. The “American master minds” were Joseph Proskauer, Robert Nathan, and David Niles, assisted by Bernard Baruch, Drew Pearson, A. A. Berle, Jr., Harvey Firestone, and the late Senator Robert F. Wagner. With such an array of influence, it was no wonder, Lilienthal charges, that the American press was completely subverted to the side of Jewish nationalism and that political candidates were frightened into supporting the partition of Palestine.

We recognize this today as an antisemitic conspiracy theory, just as thinking people today realize the same about many of the arguments of today’s anti-Zionists.

United States policy favoring partition of Palestine and its support of Israel, Lilienthal exclaims, played squarely into the hands of the U.S.S.R. and alienated the Arab countries. Peaceful relations between Israel and the Arab countries hinge, not on both sides settling their disputes by treaty and co-operating afterwards, but solely on Israel’s changing her ways. Completely ignoring the existence of an Arab boycott of Israel, Lilienthal declares: “To assume a trusted place in a peaceful Middle East, Israel must settle down to peaceful and mutually beneficial trade with her Arab neighbors.”

Lilienthal’s ridiculous arguments didn’t end there. He stated that if US aid to Israel had instead gone to the Arab world, the Arabs would make tremendous strides in democracy. Since then, of course, the Arab world has received trillions of dollars in oil revenues – and democracy is just as distant as it was 70 years ago.

With the benefit of hindsight, we can see that IfNotNow’s and Jewish Voice for Peace and other groups’ political ancestors’ arguments were either ridiculously false or literally antisemitic. But their arguments were just excuses, hooks to hang their hate hats on. 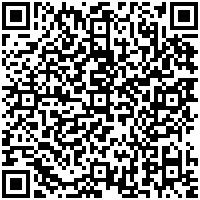