Remember last year when Yasir Arafat’s bones were dug up to see if a Swiss laboratory could determine if
he died of polonium poisoning?

Remember how the amount of polonium found on his underwear would have indicated an amount that would have killed a normal person in less than a day, although he was sick for weeks?


Remember how the exhumation of Arafat’s body was far from transparent, but only a PA pathologist was allowed to touch it and how the PA insisted that Russian experts be on the scene as well – even though Russia had nothing to do with it?

At the time, we were told that it would take about four months for the Swiss to come to a conclusion about the matter.

Then the Swiss said they’d be finished by late spring. The Spectator thought the report would be released by the first day of summer.

The latest word comes from Xinhua, on August 13:

Test results of late Palestinian leader Yasser Arafat’s corpse would be handed to the Palestinian National Authority (PNA) in the middle of September, a PNA official said Tuesday.

A Swiss lab that examined samples from Arafat’s remains would complete the results around the middle of September, said Tawfiq Al-Tirawi, head of the Palestinian committee that follows the investigation into Arafat’s death in 2004.

“So far, the Swiss lab did not give us any initial indications or results on the deaths of Arafat’s death,” Al-Tirawi told Xinhua. However, he added that there were no obstacles preventing the results from being handed down and declared next month.

Well, its the middle of September, and we still haven’t heard anything..

I am not a fan of conspiracy theories, but if the PLO asked the Russians for help in planting polonium on the samples while onsite, it might explain the delays. It would be very difficult to plant such tiny amounts in the tissue samples and keep them consistent with each other, as well as with making it look like a slow poisoning death. If the Swiss are seeing inconsistent results they might suspect something, but they are not criminal investigators and any theories about someone purposefully planting polonium would be outside their mandate. 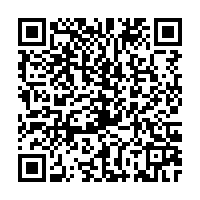