In the 1994 peace treaty between Jordan and Israel, two areas were decided to be leased to Israel for 25 years while officially considered Jordanian territory: Naharayim (Baqoura) near the Kinneret, and part of Tzofar (Al Ghamr.)

The peace treaty refers to Naharayim as an “area which is under Jordan’s sovereignty with Israeli private land ownership rights and property interests.” Jews had bought that land in the 1920s to build an electricity plant, and the “Island of Peace” is there.

The treaty refers to the lands of Tzofar across the 1949 armistice line as an “area which is under Jordan’s sovereignty with Israeli private land use rights.” The IDF seized some of the land after Fatah terrorists used it as a base of attacks after 1967, and subsequently the people of Tzofar started to cultivate it.

The agreement says “this Annex will remain in force for 25 years, and shall be renewed automatically for the same periods, unless one year prior notice of termination is given by either Party, in which case, at the request of either Party, consultations shall be entered into.”

The one year deadline is coming up on October 25.

There has been mounting pressure in Jordan to not renew this lease, and multiple parties have banded together to pressure the government to end the agreement.

An article written last year in a Jordanian website claims that Pinchas Rutenberg, who purchased the land for Naharayim, was only allowed to use what he needed for the electric plant and was obligated to return the unused lands to Transjordan. Instead, he sold the land to the Jewish Agency.

This article upset the Jordanians who now claim that Jewish private land ownership there is illegal.

It seems unlikely that the king will change the current agreement but the pressure is increasing on him.

This is going to become a major story in the upcoming days. 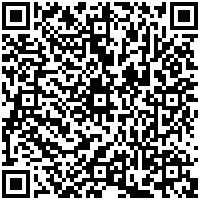