I wrote this memoir few years ago:

In March of 1995 my friends and I were drafted to the Israeli army. We had passed some grueling tests and were accepted to the Paratrooper brigades, the Tzanchanim. The image of the red berets liberating the Western Wall was fused into our psyches like it was in so many young Israeli minds, and more than anything we wanted to serve our country honorably and to the best of our abilities. Six painful months of basic training were ahead of us. In this period of time our minds and bodies were converted from civilian use and become the property of the IDF. We learned to push the envelope of our individual human capacity, and to harness the great strength inherent in an indivisible platoon.

We kept our sights to the final day of basic training in which we would hike 86 kilometers, in utter silence with full infantry gear, up to Givat Ha-Tachmoshet, Ammunition Hill in Jerusalem where many Tzanchanim had perished in the 6 Day War, and where we would receive our very own red berets and be inducted into the ranks of the paratroopers.

However, one fine day in May, barely three months after we began basic training, the sergeant major came into our barracks with a large box. We had no clue what its contents were. The sergeant major proceeded to open the box, and much to our surprise, unveiled red berets for each one of us in the platoon. “You don’t deserve to be paratroopers yet,” he told us. “But tomorrow you will leave the base and think of yourselves as full-fledged Tzanchanim for one day. You will not get to keep these,” he added, “but wear them with pride and respect.”

The next day was Yom HaZikaron, Memorial Day, and the whole of the paratrooper brigade, thousands of men, would be released for one day to attend one of the many commemorations of fallen soldiers that took place in the cemeteries of this tiny nation. Each one of us was given precise directions to the cemetery and a plot number was also given to us. We were told that the plot number corresponded to a grave of a fallen paratrooper. We were ordered to stand next to that grave and next to the family of a young man who was once just like ourselves, wearing our red beret as he once did, and in a sense, to represent his memory and soul.

That next day, I had luck hitchhiking, the preferred mode of travel when in uniform. Hitchhiking was by no means a precise science, and though I had tweaked my “I’m a helpless soldier” stance to perfection, some days were better than others. I reached the gates of the cemetery about an hour early and the place was quiet and serene. I loitered at the gate and then wandered in. The large space echoed silence and only the birds chirped in the large trees. Nature had overtaken this resting place and many of the walls were covered in ivy. I tried listening to the graves and heard no cries of pain, no last words, and no fear of death. The dead, it seemed to me, had made peace with their fate, they were no longer bitter at having fallen so young. Alone amongst my dead I stood, a bit in a daydream, under the sun.

Soon, people began to arrive and I straightened my stance and made sure my beret was on right. I was nervous at meeting the family I was assigned to.

Who would they be?

How would they react to me?

Will they cry next to me?

Will they ask me who I am?

Most of all my soul wondered:

What is it like for a parent to stand on the grave of his child?

How would my parents feel if I were that child?

How would I feel, if it were my child?

I thought about my own mother and her reservations about my army service. Soon after, I spotted a family of three: father, mother and son, heading in my general direction. It was my family.

They greeted me kindly, and indeed, the father asked me who I was and where did I serve. The mother, who had been through this before, brought out some fruits and water to nourish the soldier with the red beret standing in front of her, and though she looked at me, I could see that her mind was far away, and that I was a painful reminder of her longing to nourish her own child. 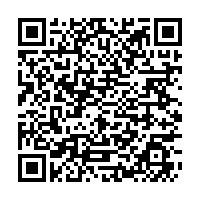