“Emunah is certainty,” Rav Tzvi Yehuda explained. “Contrasting this is Emunah stemming from philosophical inquiry alone, which can bring about a situation of partial faith. This is the false Emunah, which is mentioned in the Torah in connection with the Spies.”

The Spies, of course, were the leaders of the Children of Israel who were sent ahead to spy out the Land of Israel after the Jews had departed from Egypt. They came back with a negative report, saying that while the Land itself was good, the Jews would be eaten up by the fierce inhabitants of the Land, intimating that Hashem did not have the power to protect them. Their sin caused the destruction of that generation in the wilderness and led to the future destruction of the Temples and exile amongst the nations.

“Referring to their sin, the Torah says, ‘In this matter, you did not believe in the Lord your God’ (Devarim, 1:32). In this matter, in not making aliyah to Israel, they did not have Emunah. In other matters, they did believe. They believed, and yet they didn’t believe. This is a state of half-Emunah.”

“In contrast, the foundation of faith is seen in Avraham Avinu, as it says, ‘And he had Emunah in the Lord (Bereshit, 15:6). Avraham wasn’t a half-believer. He believed with a complete faith, with ‘Emunah shlema,’ in the language of the Rambam (Thirteen Principles of Faith).

“The Spies had a deficiency in their Emunah, as it says, ‘Yet you would not go up to Israel’ (Devarim, 1:26). You have Emunah, yet in this matter of aliyah, you don’t have belief.”

“’There are types of ‘Tzaddikim who don’t believe,’ as it says in the Talmud (Sotah 48B). They select and chose words of the Torah and the commandments, saying, ‘This matter is arranged properly by the Almighty. It is very nice, it pleases me, it’s easy to do, therefore I agree to abide. However, this matter is not so pleasing in my eyes.’ This approach to Torah leads to heresy.”

“In contrast to this selective Judaism comes the true approach of, ‘Everything that the Lord said, we will do and listen’ (Shemot, 24:7) We will do it, whether it pleases us or not, whether we intellectually agree, or whether the matter is above our logic.”

“When the Torah is seen in its true light, there is no criticism of Hashem and opposition to His commandments. In place of criticism comes cleaving, harmony, and complete Emunah.”

Rav Tzvi Yehuda emphasized that this piecemeal practice of Torah, as exemplified by the tragedy of the Spies, occurs when the Torah isn’t learned in the proper fashion, ignoring the vital study of Emunah (See the book, “Torat Eretz Yisrael,” Ch.1, by Rabbi David Samson and yours truly).

Because this learning is so important, and because it is surely new to most of my readers in the Diaspora, our next few blogs will explore the foundations of true Emunah, and how its understanding is sure to enrich our lives, and the life of our Nation, with our complete and speedy return to Zion, and the rebuilding of Yerushalayim – without having to pass the time cheering for gentile ballplayers in Yankee Stadium and Madison Square Garden while waiting for Moshiach, may he come swiftly, Amen. 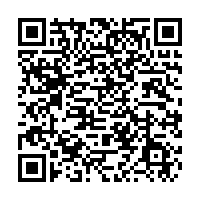