With the 4th of July approaching, here’s a little Jewish Identity Quiz to help explain my point that our sense of Jewish identity gets all messed up in the Diaspora.

Many Jews make the mistake of thinking they are Jewish because they are members, in one form or another, of the Jewish religion. To their way of thinking, their main identity is as Americans, or Englishman, or Frenchmen, or Canadians, and they also belong to the Jewish religion, just like there are Americans who are Protestant, Catholic, or Baptist. But this isn’t the case at all. Being Jewish is a nationality, not merely a religion. We Jews are the Children of Israel. We are members of the Nation of Israel. It doesn’t matter where we live. Only because of having been exiled from our own Jewish Land and scattered to foreign countries for the last 2000 years do we mistakenly think we are members of those foreign, gentile nationalities. Yes, a Jew may have citizenship in the United States or France, but he is still, first and foremost a Jew. Without going into the deeper, spiritual explanation of our unique Jewish souls, this is a simple, basic truth that we have learned the hard way throughout our history, again and again and again. Wherever we wandered, whenever we thought we were good Yeminites, or good Spaniards, or loyal Germans, or dedicated Russians, or faithful Poles, sooner or later, the gentiles always reminded us that we were tragically mistaken – we were Jews – dirty stinking Jews.


All Jews are the People of Israel. For a time, we may reside in foreign lands, holding foreign passports, but in our fundamental essence, we are always Israelites – people whose ancestors came from the Land of Israel.

Let me give you an approximate example. Suppose a Chinese man, whose family has lived in China for 4000 years, comes to America and becomes an American citizen. Technically, he is an American, because he has all the proper papers in order, but he is still a Chinaman – that hasn’t changed. Looking at him, you instantly see that he is a Chinaman. Maybe after a few generations of marrying American blonds, his offspring will become to look more and more like regular Americans and one day they will be homogenized totally. But this gradual generational transformation from a Chinaman to an American can never happen with a Jew as long as he marries a Jew and has Jewish children who also marry real Jews. His offspring can be in America 500 years and they will still be, first and foremost, Jews. Because their nationality remains being members of the Children of Israel, who have temporarily been outcast from their Land.

That’s why being in the Diaspora so long has screwed up our thinking. Over the long years of exile, we mistakenly came to identify with the places where we lived. This is a natural phenomenon. But just like a leopard can’t change his spots, we cannot stop being Jews – which is derived from the word “Judah” or the people who were exiled from the Land of Judah – meaning Israel. You may think you are American, but that’s only your passport and birth certificate. Inside, you have an Israelite soul that you can never exchange for another. All you have to do is splash freezing cold water on your face, take off your Purim costume as an American or Frenchmen, abandon the masquerade, and face the fact that you are really an Israelite whose ancestors were dispersed from their Land.

To help you understand how terribly distorted our true Jewish-Israelite identity can be in the exile, here’s a simple pre-Fourth of July, Jewish Identity Quiz for your enjoyment.

While we have chosen the example of America as our sample Diaspora, Jews living in other countries can substitute pictures from the countries of their exile, whether it be England, France, Australia, or the North Pole. Choose only one answer to each question.

Which flag is the flag of your nation? 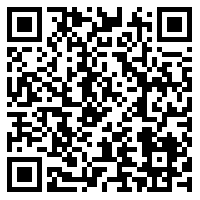