Did you have trouble reading the Hebrew? That’s exactly my point. Some readers say that I’m a crazy fanatic when I say that Diaspora Jews suffer from schizophrenia when it comes to their Jewish identity. For example, even though they are Jewish, many don’t know more than a few simple words in Hebrew. After all, Hebrew is the language of the Jewish People, not English, or German, or Russian, or Yiddish.


Let me ask you, how many Puerto Ricans kids in New York don’t know how to speak Spanish? And look at the Koreans and Chinese in America. All of their kids speak Korean and Chinese as if they were still in Korea and China. And what Moslem kid in America, France, or England doesn’t know how to speak Arabic from the crib? But when it comes to Diaspora Jews, most of their kids hardly know any Hebrew at all. I know this, because we host a lot of Birthright youth at our home in Yerushalayim for Shabbat meals, and almost none of them know Hebrew at all! They are bright, university students, but when it comes to a knowledge of Hebrew, Yiddishkeit, Jewish history, or what’s going on in Israel, they are complete ignoramuses. Totally empty! Isn’t this strange? How can you explain this?

No wonder assimilation is such a great problem! First you give up wearing Israeli sandals, then you give up eating falafel, then you stop teaching your children Hebrew and tell them that they are Americans like everyone else – and then you’re surprised when Johnny comes home with a Protestant girl for Thanksgiving vacation. It’s as simple as one plus one equals two.

If a child speaks in English, he’ll grow up thinking that he’s English. If he speaks in French, he’ll grow up thinking that he’s French. So why not marry a French girl like everyone else? That’s why Rashi writes that a parent who doesn’t speak in the Holy Tongue to his children is considered as if he is burying them, G-d forbid (Devarim, 11:19). He buries them in a foreign culture which waters down, or cuts them off completely from Torah and their true Jewish roots.

In Israel, thank G-d, all of the children speak Hebrew. Even kids of the Olim, who insist on speaking Diaspora languages at home, learn to speak fluent Hebrew at school. And while there are readers who always cry out that Israelis marry Arabs – the truth is that it isn’t even one percent of the population, compared with the 60%+ assimilation in America and most every other place in the world.

You can get angry at me if you like and continue to keep your heads in the sand. But the writing on the wall is clear. The Diaspora is on the way out. The only future for our children is Israel. 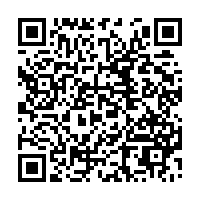