Rabbi Meir Kahane published this in The Jewish Press 40 years ago. Some things just don’t seem to change:

The synagogue is filled from end to end. Every seat is reserved, every inch of space taken up. The Yom Kippur Neila service is drawing to an end. A day of repentance, prayer and charity fades to a close. A congregation, elevated for a day at least, watches as the Shofar is raised and a long, clear, vibrant blast fills the hall. Five hundred voices cry out spontaneously —

The crowd files out to begin yet another year of bitter exile amidst television and Miami Beach.

The synagogue is dark and hushed. A few candles flutter in the corners, their flickering flames lighting the pained and saddened faces of the congregation sitting on low benches waiting for the Tisha B’Av services to begin, and the mournful tune of the Eycha — Lamentations — rises softly, punctuated by the sobs of the mourners of Zion. Every mind is shattered as the picture of the beloved homeland, bereft of its children, comes to mind. Every pious Jew sitting in the room sighs and dreams of the day — may it soon come — when God will allow him to, once again, kiss the soil of the homeland — courtesy of a three-week American Jewish Congress guided tour, and then back home again to the painful fleshpots.

A religion which develops a split personality is a religion in danger. A faith whose adherents begin to merely pay lip service to its tenets is in the first stages of atrophy. When individuals create a dichotomy between what they believe and what they practice, it calls for serious re-evaluation.

The dream of settling in Israel is a basic part of the Jewish faith. It is an obligation, but it is more than that; it is a dream. How many seas would the tears of our ancestors have filled as they wept for the privilege of returning to Zion? How piercing would have been the totality of their cries as they prayed to the All Mighty to “speedily bring us from the four corners of the earth and smash the yoke of the nations and bring us upright to our land!”

Who can begin to fully quote the letter of the obligatory law to settle in the Land of Israel, as expounded by our Rabbis, and who can adequately describe the acceptance of the spirit of that obligation by our ancestors, the dreamers of Zion? What would they not have given for the opportunity of returning and walking four cubits on its soil? How they would have flocked to the airports and harbors as the great vision approached fulfillment!

I write this as a traditional, observant Jew. For myself, I have written and spoken and pleaded a thousand times over to all Jews of America to leave and return to Israel — not for religious reasons — but for the elementary need to save their lives. I believe in the marrow of my bones that the days of the Jew in the United States are numbered and that there is coming a storm of physical brutality that portends a holocaust. What 48 prophets could not convince Jews to do, says the Talmud, Haman’s ring accomplished. There is a Haman’s ring in the American Jewish future, and for the sake of our children and grandchildren, the time to evacuate is now. I have said this and will continue to say this to all Jews. But to the observant ones there is another, an added, perhaps, an even more important reason.

Every traditional Jew must take a long and deep look at himself. He must ask difficult and painful questions. How is it possible to honestly pray three times a day to the All Mighty to restore us to Zion when that restoration is ours at the cost of a few hundred dollars, courtesy of El Al? What rationalizations can we invent to answer those who question our lamentations for Zion when the Jewish Agency is prepared to grant long-term loans for housing and transportation for those who wish to settle in Israel? What can hide our shame as we fervently proclaim, “Next Year in the Land of Israel,” when next year has already come, when the gates of the Holy Land stand open, when the obligation to return can and demands to be fulfilled? 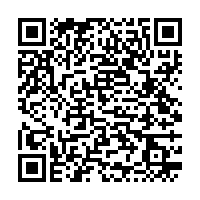